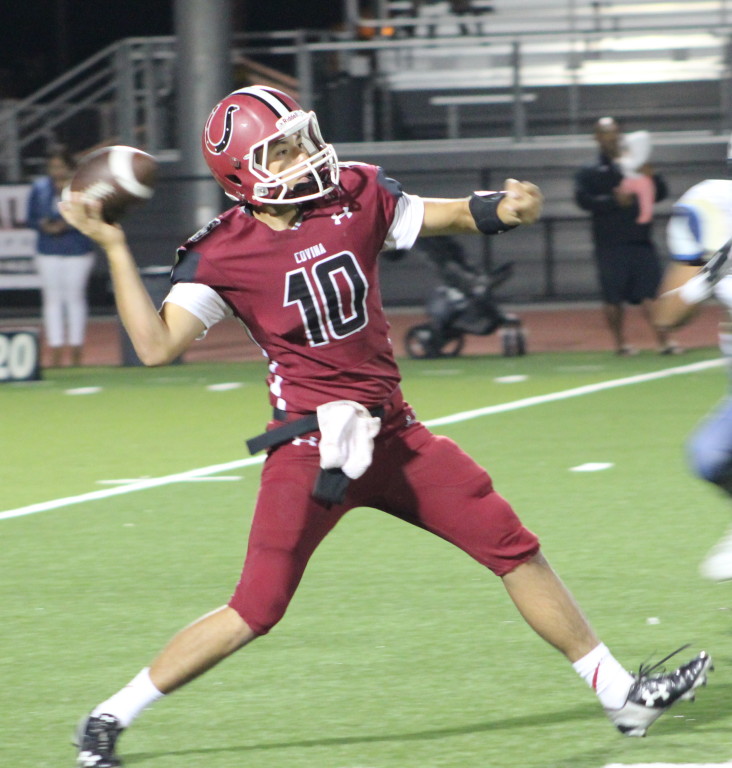 (Covina)- Covina jumped out to a 28-0 halftime lead and rolled to a 35-14 win over Walnut Thursday night at Covina District Field.

After a couple of early miscues the Colts got started late in the first quarter when Wahub Mallick broke through the line and scored on a 23-yard touchdown run. In the second quarter Covina took to the air as Anthony Meneses hit Hakim Williams Jr. in stride and he cruised into the end zone for a 65-yard score.

Three minutes later the Colts put together an 80-yard drive that Ailaoa Tauvao capped with a one-yard run. After the Mustangs went a quick three and out Covina had one more shot just before halftime. With 1:07 left until the break Mallick showed off skills once again as he caught a short screen pass from Nin Burns, broke a couple of tackles, left another defender grasping at air and scooted 45 yards for a touchdown.

It was 28-0 Colts at the break and everything had been decided except the final number of cups of coffee sold at the snack bar. 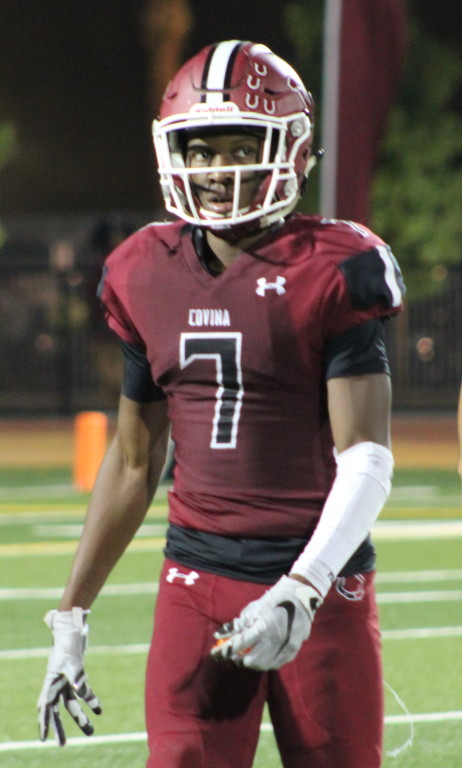 Hakim Williams Jr. caught a 65-yard bomb in the second quarter to put the Colts up 14-0.

Covina added another score in the third on another long bomb by Meneses. This time he connected with Richard Randazzo on a 70-yard catch and run to make it 35-0.

Walnut finally broke through in the fourth quarter on a pair of touchdown runs by quarterback Jared Arellano of 48 and 18 yards in garbage time.

Covina head coach Joe Brown indicated that he had at least 11 players out with injury. “We’re just trying to get to bye week,” he said.

With the victory the Colts improved to 3-2 and will have that bye next week before facing Northview on October 7. Walnut fell to 0-5.