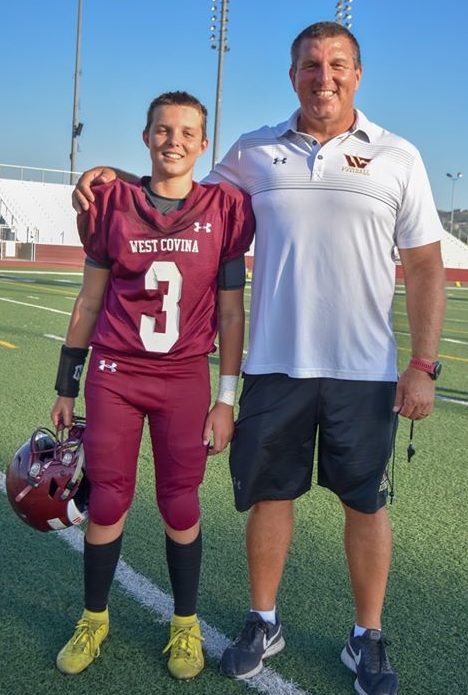 West Covina Head Coach Mike Maggiore, who has over two decades of coaching experience and 3 CIF titles under his belt, joined us for a Q and A. He is shown here with his son Nate.

Mike Maggiore was the head football coach at West Covina for 21 years before stepping down after the 2016 season. Maggiore led the Bulldogs to three CIF titles during that span including back to back championships in 2010 and 2011. He returned to West Covina as the HC in December. He played locally at Edgewood High School before going on to Oregon State. Recently I had the opportunity to have a Q & A with him. END_OF_DOCUMENT_TOKEN_TO_BE_REPLACED
Posted in High School Football | 4 Comments
May 27, 2020 | Author: mvs 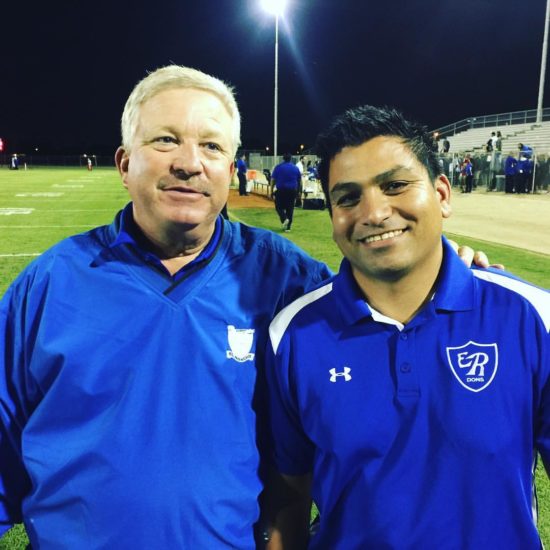 Adrian Medrano has been the head coach at his alma mater El Rancho for the last four years. Prior to that he was the HC at Bonita. Recently I had the opportunity to have a Q & A with him. END_OF_DOCUMENT_TOKEN_TO_BE_REPLACED
Posted in High School Football | 18 Comments
May 22, 2020 | Author: mvs 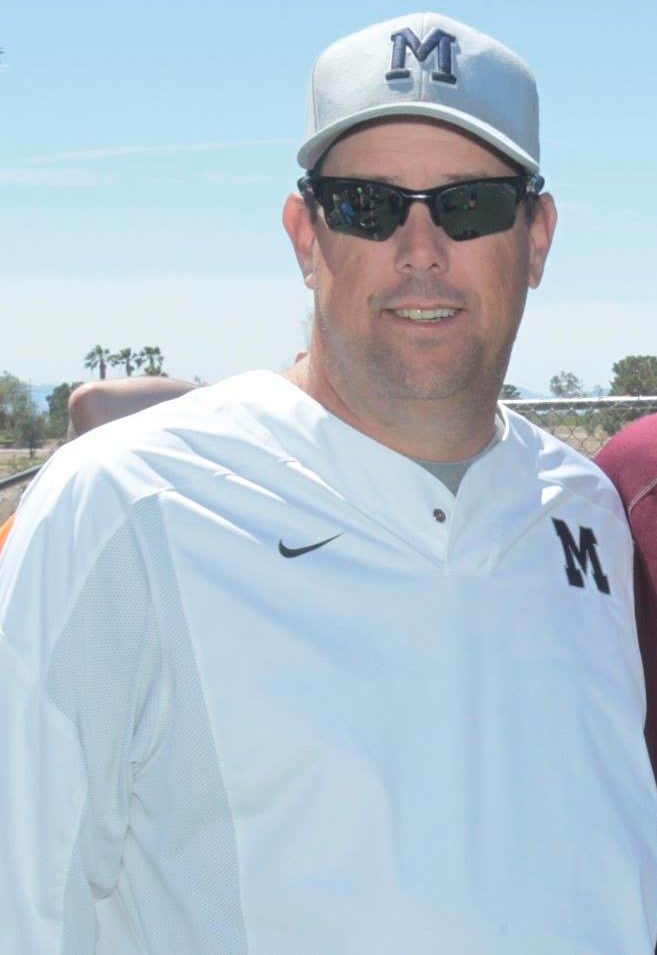 Mayfair HC Derek Bedell joins MVS for a Q & A.

Derek Bedell has been the head football coach at Mayfair for five years. Last Year he led the Monsoons to the Suburban League title and a playoff berth. Recently I had the pleasure of a Q & A with him. Note his answers on his high school sports career. Interesting. END_OF_DOCUMENT_TOKEN_TO_BE_REPLACED
Posted in High School Football | Leave a Comment
May 20, 2020 | Author: mvs

Ibis Aguilar is the current head coach at Baldwin Park and former HC at South El Monte and Bonita. Here are the top five players that he has coached and coached against. END_OF_DOCUMENT_TOKEN_TO_BE_REPLACED
Posted in High School Football | 4 Comments
May 18, 2020 | Author: mvs