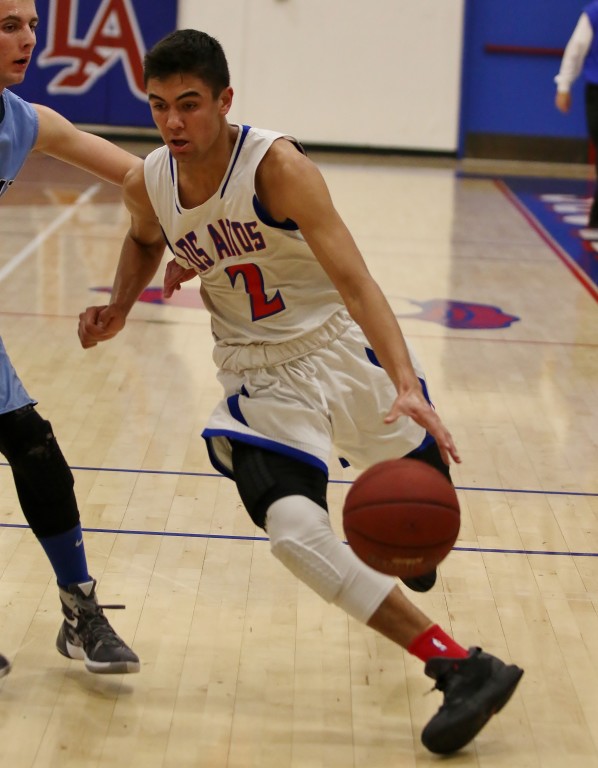 Jarod Lucas led the way with 31 points including nine in the final frame. Lucas had 15 of the Conquerors 29 points in the first half as Walnut led by one at the break. He hit three three pointers overall and was ten for ten from the free throw line.

Entering the third quarter Los Altos was clinging to a one point lead. Tied at 48, the Conqs got a three from Julian Lopez and a bucket from Lucas to go on a 7-0 run to go up 55-48. From there they never looked back and extended the lead. Walnut tried to foul but Los Altos was deadly at the line in the fourth. Lucas was three for three, Bryant Howling, Matt Arellano and Lopez were all two for two.

Walnut led 13-12 after one as Ryan Dai had six points and Eli Ramos had a pair of baskets. Walnut maintained the one point lead at the half at 30-29. Dai had eight points in the quarter and Agassi Goantara knocked down a three. 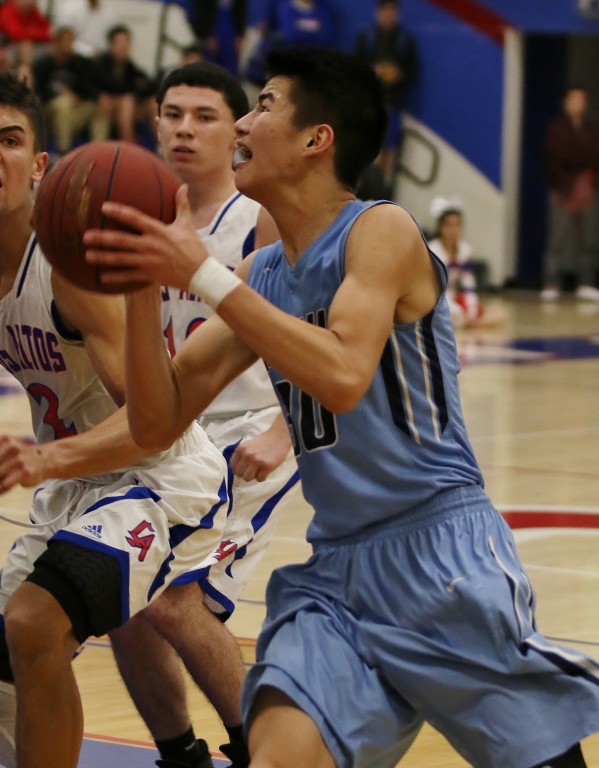 Ryan Dai kept the Mustangs in the hunt with 28 points.

The teams traded blows in the third quarter before the Conqs emerged up by one. Dai kept the Mustangs in the game with three from the land of plenty and nine points in the third.

Los Altos was finally able to pull away in the fourth. Dai led Walnut with 28 points, while Goantara had 12 and Ramos added six. After Lucas the scoring dropped off for Los Altos. Lopez was also in double figures with 10, Arellano had 7 and Cameron Martin added five.