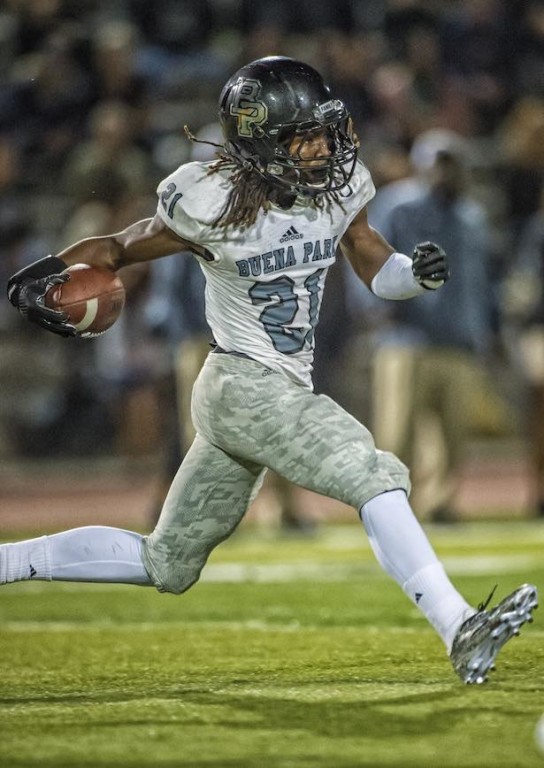 (Buena Park) – Buena Park WR/DB Elijah Gates announced that he will continue his football career at UCLA as he committed to the Bruins on Monday.

Gates had narrowed it down to Oregon and UCLA before making his decision Monday. Gates had 27 catches and 363 yards as a receiver and also had 172 yards rushing. He had three interceptions as a defensive back.

“Congratulations to Buena Park Student-Athlete Elijah Gates on selecting and committing to UCLA today at BPHS! What a difference 2 years can make for someone who balls out and surrounds himself with people who truly care about him, his family, and his future! Congratulations again Elijah and the Gates family! Can’t wait to watch you in the Rose Bowl! Buena Park again will be amongst the top schools in the nation in sending Student-Athletes to college on scholarships,” former Buena Park head coach Anthony White posted on Facebook.