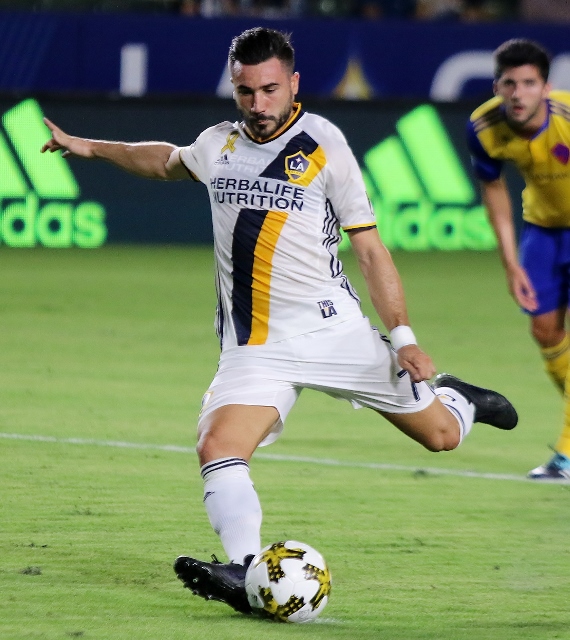 Romain Alessandrini got the Galaxy off and running. (Photo by Duane Barker).

(Carson) – The Galaxy ended a ten game winless streak with a 3-0 win over Colorado Saturday night before 17,683 at StubHub Center.

The Galaxy hadn’t won a game since June 21 against this same Rapids team at Colorado.

“I thought the team came out with a real good aggression. I thought for the first 55 minutes we were the better team but after that we took the foot off the gas pedal a little bit,” said Galaxy Coach Sigi Schmid. “But we still need to get better but in terms of our overall work rate I was very pleased tonight.”

LA  broke the ice the 19th minute when Roman Alessandrini hammered one in on a penalty kick for the 1-0 advantage which turned out to be all the Galaxy needed.

Two minutes of additional time were added in the first half and the Galaxy took the two goal lead into the break.

LA dominated the first half having had eight total shots in the half compared to three for the Rapids. They also had four shots inside the box while Colorado had only one. The Galaxy controlled the ball 57 percent of the time. 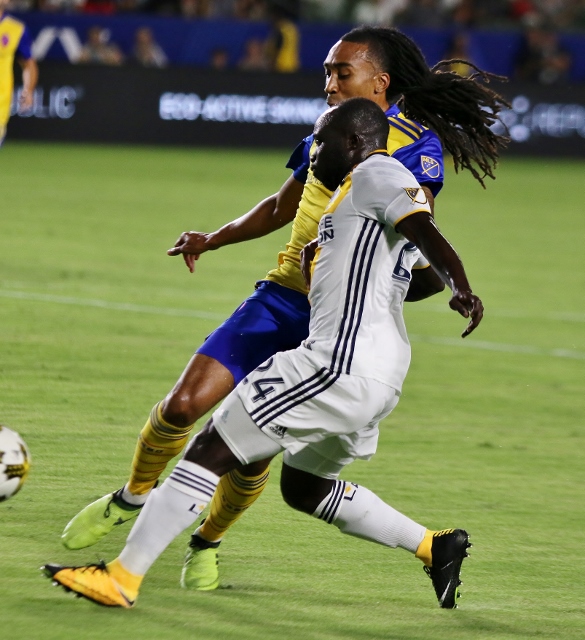 Emmanuel Boateng made it 2-0 LA (Photo by Duane Barker.)

The Galaxy kept the pressure on in the second half. Alessandrini’s perfect cross set up Gyasi Zardes in front of the net and he took full advantage by punching it in in the 56th minute to make it 3-0. It was Zardes’ first goal of the year.

Alessandrini nearly scored again but his shot was denied out in front by a Colorado defender in the 61st minute.

Dominique Badji had an opportunity in the 85th minute but his shot was high over the crossbar for Colorado.

Two minutes of additional time were added in the second half but the Rapids couldn’t break through and were shut out.

“(Defensively) we did a better job of dropping our line. Earlier we stepped up too high and too early on part of the field. So we talked about dropping our line and when we hold our line we’re closer to the 18 yard box,” Schmid said. “So you saw (goal keeper) Jon Kempin come off his line and probably collect four or five balls.”

The Galaxy improved to 7-14-5 overall with just seven games to play. Colorado fell to 6-16-4 and is in last place in the MLS West.