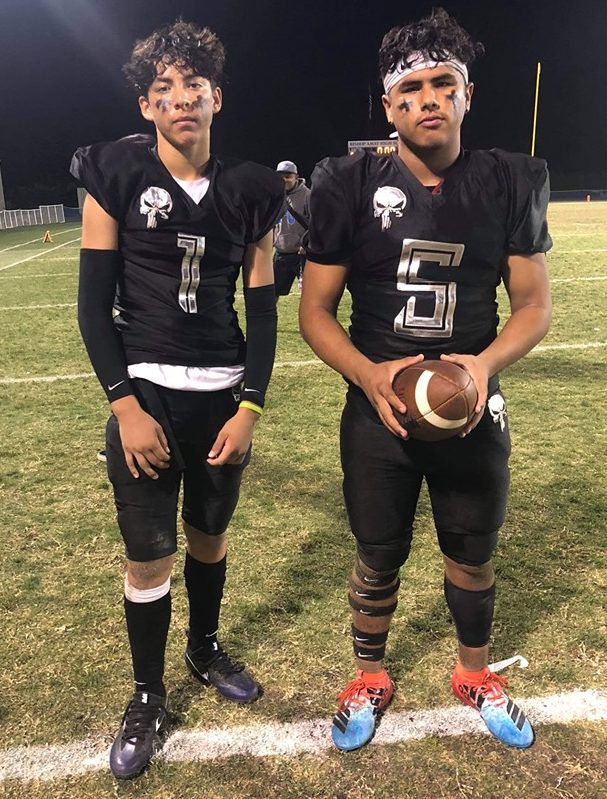 Ryan Castro (left) and Richard Munoz led the Punishers to a 53-18 rout.

Munoz got it started for the Punishers on the first play of the game with a 65-yard touchdown run. On the next series Munoz found Castro from nine yards out to make it 14-0 midway through the first.

Rams running back Douglas Jones cut into the lead when he cut through the Punishers defense to make it 14-6 after a missed extra point.

Castro and Munoz struck again – Castro on a 33-yard run and Munoz on a 40-yard interception return making it 28-6.

Douglas got in the endzone again for the Rams making it 28-12.

The Punishers Omar Villescas and Payton Clark also got in on the scoring each with a touchdown.

Douglas scored again for the Rams but it wasn’t nearly enough.

Douglas ended up with 185 total yards and all three Rams touchdowns.

*San Gabriel Valley Punishers 14U team is a feeder program to the Northview Vikings and Bishop Amat Lancers.