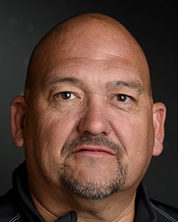 Steve Randall has been named the head football coach at Pioneer.

Randall, who was the head coach at Colony for the last eight years, has over 36 years of coaching experience at the high school level. Randall was named CIF Central Division Coach of the Year in 2014 and had an overall record of 64-32.

He also had stints as head coach at Duarte, Ontario and Whittier Christian. Randall replaces Chuck Willig who stepped down in December after seven years.