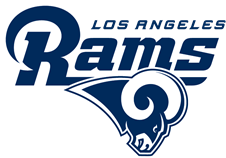 “We had a good day. What happens often times is this is actually the last day where we’re going to be able to legitimately compete, offense and defense, with pads on. Particularly because this week, the week is short now. We’re traveling, coming back, we have a short week, then you are doing scout team work. We had some things we want to accomplish, and got the first period. The first drill was really good. And then we got into the second period, they got a little testy so we gave them a timeout. Go sit  in the corner, go to your room, take a little time out. So we cooled off and we got a lot done. You don’t like to see this happen. I’m not concerned about this carrying over to the games. It was a good learning experience for us, they’re competing, 1s against 1s, we had some good work. At this point, we move on. Start to game plan, start focusing for the Broncos. Play time is going to be a little bit more than what it was last week. Some guys have played a lot more, some guys have played a little more. But we want to get, not necessarily going to go through halftime experience with them or anything like that. So, you can probably expect to see the starters play about a half, or something like that. We healed up. We got a couple guys back. ‘Grigs’ (LB Nicholas Grigsby) came back, Battle (T Isaiah Battle) came back, which is good. Overall health, the team is in good shape going into week three.

(On if he was surprised RB Todd Gurley was at the bottom of that pile, especially since he said no one was allowed to tackle him)

(On an update of T Rob Havenstein)

“He’s still on PUP (Physically Unable to Perform), it counts against the roster. He’s making progress. We’re going to take him with us, going to give him a good workout, good pregame workout, things like that. We’ll see how he is; we’ll see how he does next week. That’s all I can say right now.”

(On something he feels he needs to work on, or get more comfortable with going into the Denver game)

“Offensively, I want to find a way to keep running the football. And this defense is really good.Earlier, I watched them play the 49ers, and (Defensive Coordinator) Wade (Philips) does such a great job with fundamentals, and technique against the run. It’ll be a good test for our early group in there. I’d like to see the defense get off the field…(inaudible).”

“We know what Kenny (Britt) can do, and Tavon (Austin), and obviously we’ve seen what ‘Coop’ (Pharoh Cooper) can do as well. It’s the guys that have been dropping the footballs. It’s the Brian Quick’s and some of the younger guys. We’ve got to be more consistent catching the football.”

(On whether this is a make-or-break game for those receivers)
“Not necessarily. We’re looking at, now, through our eyes, it’s let’s get to 75, then to 53. But then I got to get to 46, kickoff, so which guys are going to be on the field playing for you that you trust them to make plays.”

“Duke hasn’t missed a day, he’s making a lot of plays. He really showed us some things on special teams last week, for his first time.”

“At this stage, early in his career, he’s doing those things. He’s dropping his hips, he’s learning how to block, learning the techniques. It’s not easy at this level. Especially when you reach an outside linebacker, you got a one-on-one that you’ve got to win against a defensive end. But, he’s hanging in there right now. It’s just a matter of him playing. He missed last week. We expect him to play this week. He’s shown what he can do in the passing game. It’s just become a little more efficient and effective in the run game.”

“Any time you release a player, or a number of players, it’s not easy. But that’s our business. One would think common sense says, it’s easier to get this roster to 75 than it is to 53. But still, you got guys who you want to try to still evaluate in the fourth game. Sometimes that’s impossible to do.”

(On if there is a fine line between fighting in practice, and showing tenacity and competitiveness)

“We talked about it. There’s no place for it. But, as I said it earlier, this was the last day we’re going to compete in pads against each other. Both sides had something to prove. We got them settled down.