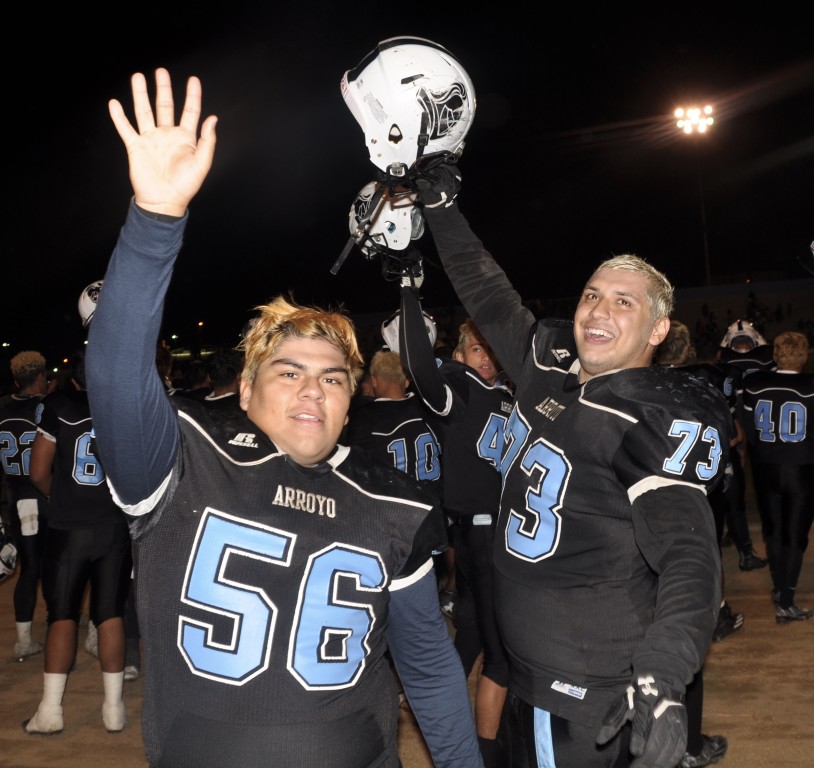 (El Monte)–Arroyo quarterback Ernesto Camacho completed 17 of 26 passes for 416 yards and seven touchdowns in the Knights 70-21 victory over the Segerstrom Jaguars on Friday night at B.L. Bergstrom.

The victory advanced Arroyo to the CIF Finals for the first time since 1991 and the fourth time in school history. They were champions in 1986.

The Knights jumped to a 7-0 lead thanks to 1-yard touchdown run by fullback Julian Davidson. The score was set up by a botched onside kick by Segerstrom to start the game.

Botched kick-offs would be a theme all night for the Jags. Three times in the first half and once more in the second, Arroyo pooched kicked over the front line of Segerstrom kick-off team. The Knights recovered each time and each time the Jags failed to adjust.

Arroyo also took advantage of Segerstrom’s failure to have anyone deep on defense. The Jags ran “Zero” coverage, meaning they left their defensive backs in one-on-one coverage…One-on-one coverage against Arroyo, against Camacho, against his receivers, against Chris MacMillan’s offense.

It started with a 94-yard strike to Devin Knight that made the score 14-0.

After the Jags cut the lead in half, Daniel Mendoza busted 41-yards up the gut to make the score 21-7.

Two minutes later, Camacho alluded a pair of defenders and scrambled down the sideline to make it 28-7

That was the end of the first quarter. 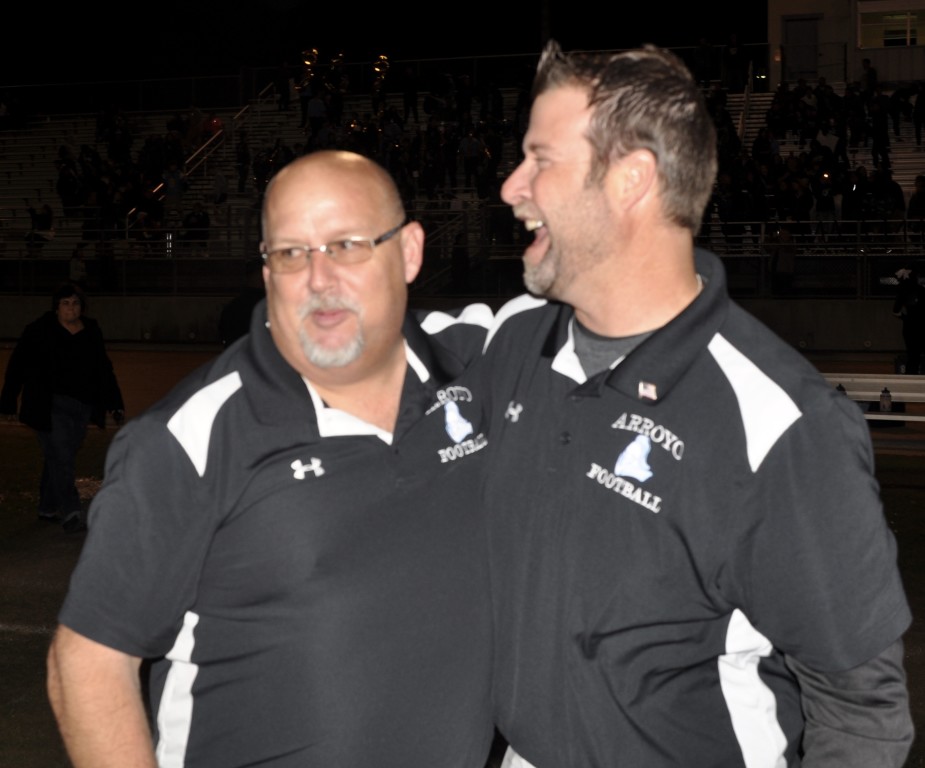 Jim Singiser & Chris MacMillan have served together as HC & OC since 2003. (Photo by Joe T.)

With 5:16 to play in the first half, Camacho went 22-yards to Mendoza…Touchdown.

With 38-ticks left in the half, Camacho went 39-yards to Yezdan Marquez…Touchdown. 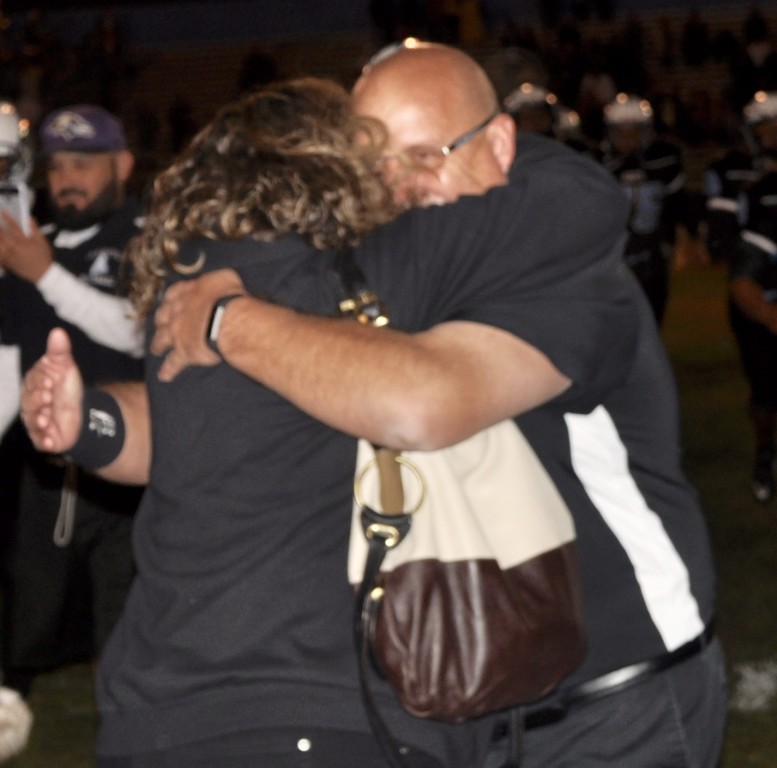 Took 14 years but “His Arroyo Baldness” got the hug he’d been looking for… (Photo by Joe T.)

It was 49-14 at the half and 49-21 after Segerstrom’s first possession of the third quarter.

6:18 left in the third, Camacho 8-yards to Rey Cotero…Paydirt.

3:23 on the clock, Camacho went 28-yards to Daniel Martinez for a touchdown.

The 70 points scored ties the team record set against Mark Keppel in 1989.

Segerstrom fnishes 11-2 while Arroyo improves to 12-1.