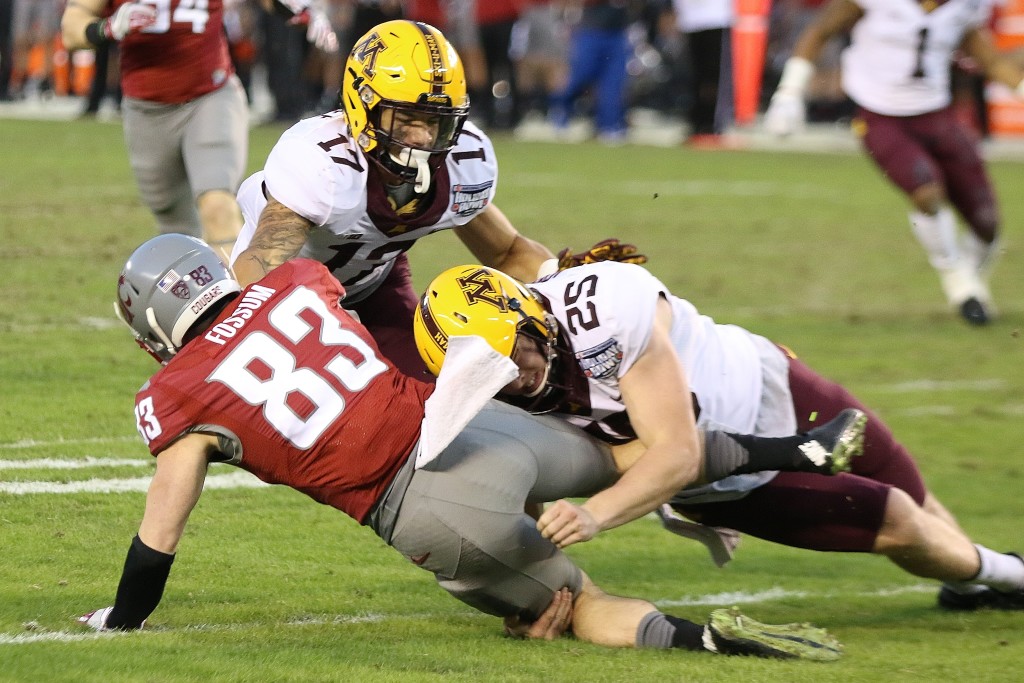 The Golden Gopher defense shut down the Cougar offense in the Holiday Bowl!

(San Diego)- Rodney Smith scored on a nine-yard run with 2:06 left in the contest to ice a 17-12 win for Minnesota over Washington State in the 39th annual Holiday Bowl before 48,704 at Quallcomm Stadium Tuesday night.

Erik Powell booted a 26-yard field goal on Washington State’s first drive to put the Cougars up 3-0 at the end of one.

Emmit Carpenter kicked a 43 yard field early in the second quarter to get Minnesota even at three. Powell kicked his second of the night – this one from 41 yards out with 33 seconds left in the first half. The field goal was set up by a Cougar fumble recovery in Minnesota territory. The Cougars took a 6-3 lead into the break. 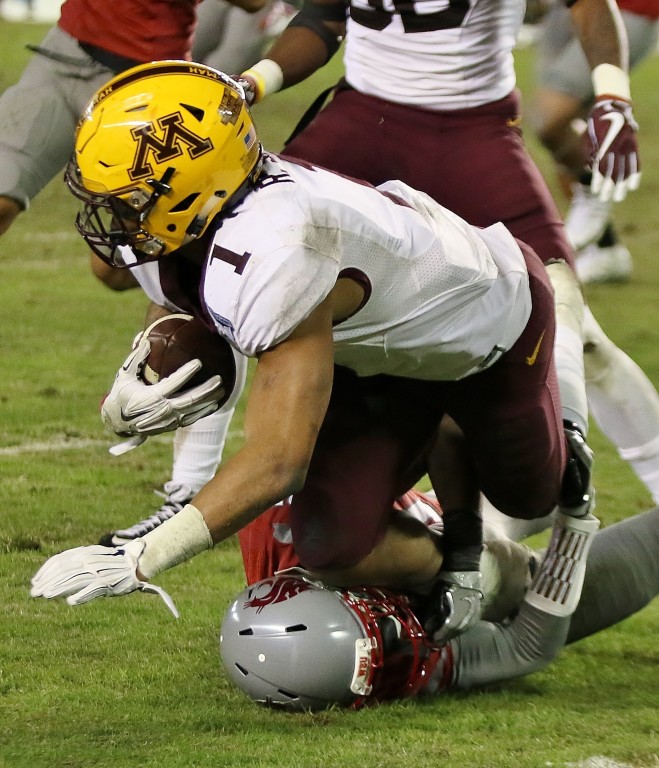 The Gophers grabbed their first lead with 3:23 left in the third quarter when Mitch Leidner hit Shannon Brooks on a 13-yard touchdown pass. The pass was tipped by a Washington State defender and into the hands of Brooks in the back of the end zone.

From there Smith capped a four play, drive with the nine-yard touchdown run with 2:06 left to make it 17-6 Minnesota.

Kyle Sweet got the Cougars close when he hauled in an eight-yard TD strike from Falk with 19 seconds left. The two point conversion pass attempt by Falk was broken up and Minnesota held on to win it.

Smith, who rushed for 74 yards and a touchdown on 17 carries, was named the offensive MVP for the game. Minnesota linebacker Blake Cashman, who had 12 tackles and one sack, was named defensive MVP.

For Washington State the running game was stifled all night. The Cougars gained just 39 yards overall on the ground. Gerard Wicks had five carries for 26 yards. Falk finished 30 of 51 for 264 yards and a touchdown. He also had an interception. Robert Lewis had six receptions for 86 yards.

Minnesota got the victory despite playing without 10 players who were suspended for a pending sexual assault investigation by the school.

The Golden Gophers finished the season 9-4 overall while the Cougars dropped to 8-5.

3 Comments to "Gophers Hold off Cougars in Holiday"