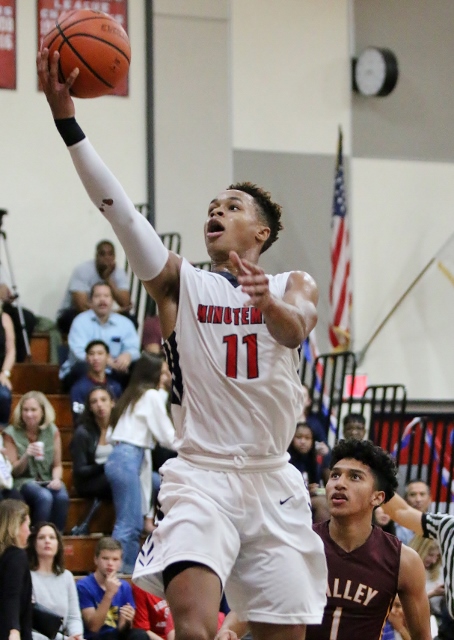 Chris Austin thrills the crowd in his last home game for the Minutemen! (Photo by Duane Barker)

Austin scored 11 points in the first quarter on his way to a game high 26 as the Minutemen jumped out to 26-9 lead after one and never looked back.

Maranatha extended the advantage to 24 at the half and by the third quarter it was already garbage time. 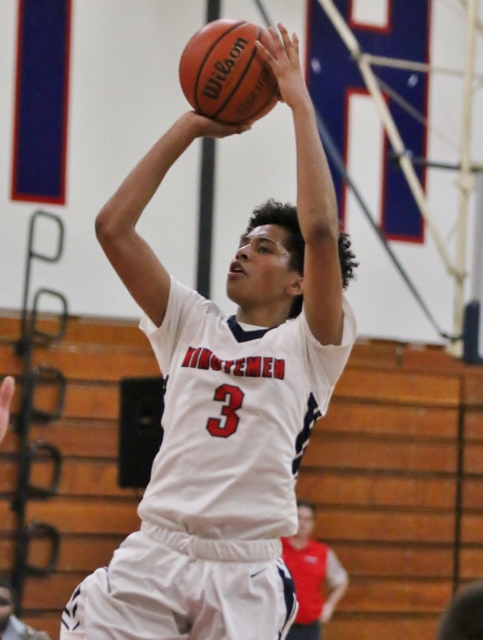 Ford knocked down six three pointers and finished with 24 including 13 in the third quarter. Ford was red hot in the third hitting three from beyond the arc as the Minutemen opened up a 62-37 lead heading into the final frame.

Wes Clarkson was also in double figures with 12. The three players had 62 of the 73.

Valley Christian was never really in the game falling behind early and never making a serious run. Nick Lamb hit three from long distance and led the team in scoring with 10 but no other player was in double figures. Kyle Williams added six.

Maranatha remains in first place in the Olympic at 5-1 with the victory. The Minutemen are 10-13 overall. Valley Christian fell to 16-8 and 3-3.