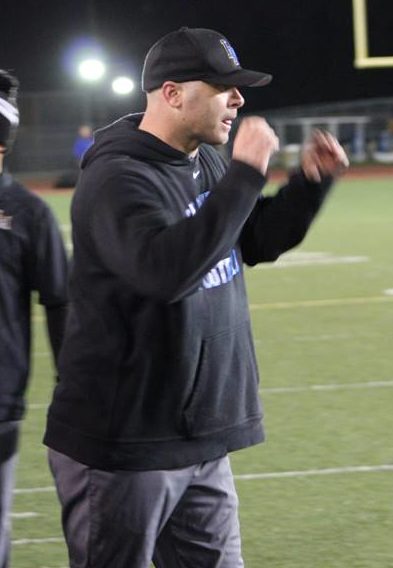 By Tim Peterson
(La Mirada) – Mike Moschetti has returned as the head coach at La Mirada after a two-year hiatus he confirmed Thursday.

Joaquin Aguilar resigned after going 7-15 overall in the two-year stint. The Matadores did make the playoffs both seasons but fell in the first round to Heritage in 2017 and Downey this past season.

In Moschetti’s last year, in 2016, he led La Mirada to a CIF Division 3 Championship game appearance where the Mats lost to Edison 44-24. In 2015 Moschetti guided the Matadores to the CIF Southeast Division title as they beat La Serna 45-20. They then went on to win the state title as well beating Campolindo 27-3.

He was named Mid Valley Sports Southeast Division Coach of the Year for 2015.

Moschetti, a La Mirada alum, spent nine years as the head coach in his first stint.