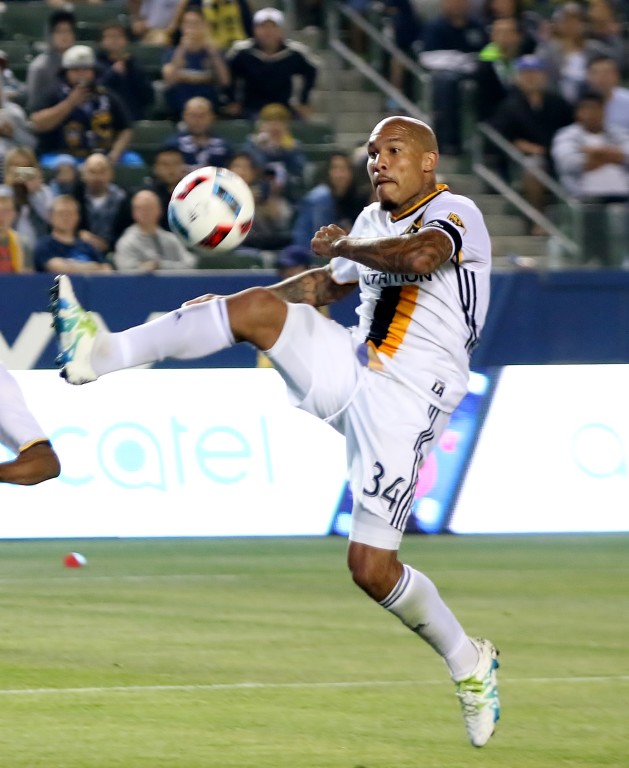 Nigel de Jong and the Galaxy had trouble getting shots-on-goal against Sporting KC. (Photo by Duane Barker)

(Carson) – It figured to be a struggle offensively for the Galaxy with Robbie Keane, Gyasi Zardes and Steven Gerrard all out of the lineup. But nobody imagined the drought would be this bad as LA failed to get off even one shot on goal in a 0-0 draw with Sporting Kansas City Thursday night before 19, 651 at StubHub Center.

The Galaxy was credited with just one shot all night compared to 15 for Kansas City. KC had four shots on goal to the Galaxy’s zero.

Baggio Husidic had an opportunity early but was stifled by KC keeper Tim Mejia. Kansas City controlled the play for most of the first half but was unable to capitalize.

In the 38th minute Robbie Rogers’ fired a cross in front of the net that failed to connect.

In the 40th minute KC had a shot when Dom Dwyer snuck past the LA D as keeper Brian Rowe came out to defend but his shot sailed  wide right.

One minute of extra time was added in the first half. 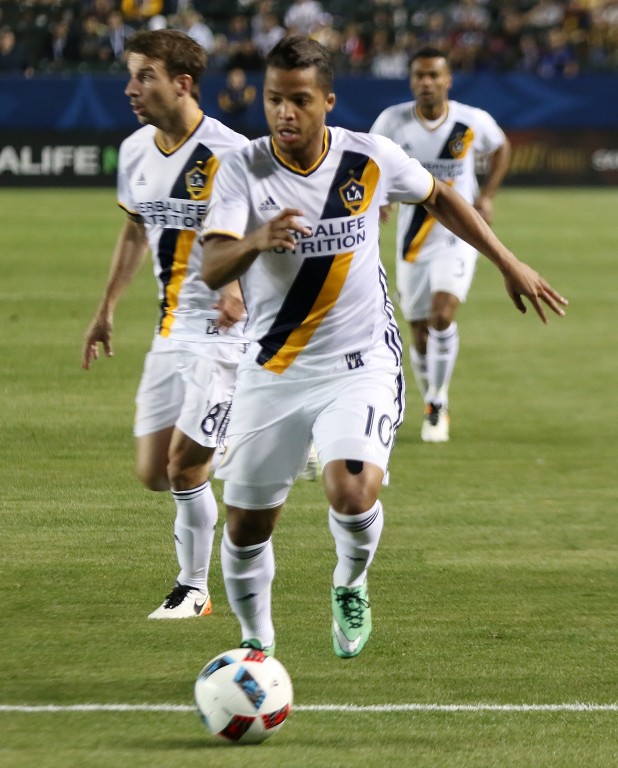 Without Gyasi Zardes and Robbie Keane, touches were few and far between for Giovani dos Santos. (Photo by Duane Barker)

It was more of the same for the Galaxy after the break. The best chance of the night came in the 56th minute when Sebastian Lletget actually found the back of the net but his goal was nullified due to an offsides call on the Galaxy. His shot from the left side flew by Kansas City goal keeper Tim Melia but the official had already raised his flag.

In the 68th minute Sporting Kansas City had an opportunity but Rowe made the stop of a Jimmy Medranda blast from distance.

Alan Gordon replaced Mike Magee in the 81st minute and the Galaxy made their final substitution of the night when Jose Villarreal came on for Lletget in the 85th minute.

Four minutes of extra time were added in the second half but neither team was able to cash in.

“It had all the makings of a 0-0 game and that’s what it was,” said Galaxy head coach Bruce Arena.