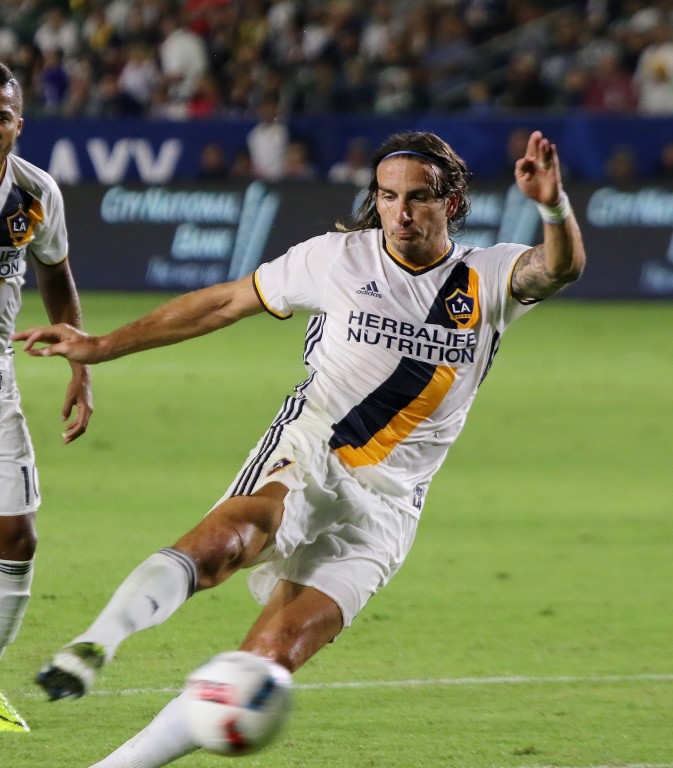 (Carson) – For 90 plus minutes both teams pushed, shoved, ran and kicked their way towards the net. They both had their opportunities but in the end neither the Galaxy or the Vancouver Whitecaps could cash in and had to settle for a 0-0 tie Saturday night before a sold out crowd of 25,667 at StubHub Center.

Vancouver looked like it would go up early when in the eighth minute Erik Hurtado headed a cross that hit the top of the cross bar above the head of Galaxy goalkeeper Brian Rowe and bounced away.

The Galaxy struggled early to get into scoring position but for the Whitecaps Hurtado had another opportunity in the 24th minute when a header in front of the box flew wide right of the net. For LA Gyasi Zardes replaced Steven Gerrard in the 31st minute.

Sebastian Lletget was knocked down and the Galaxy was awarded a free kick in the 38th minute but Giovani dos Santos’ boot sailed high. 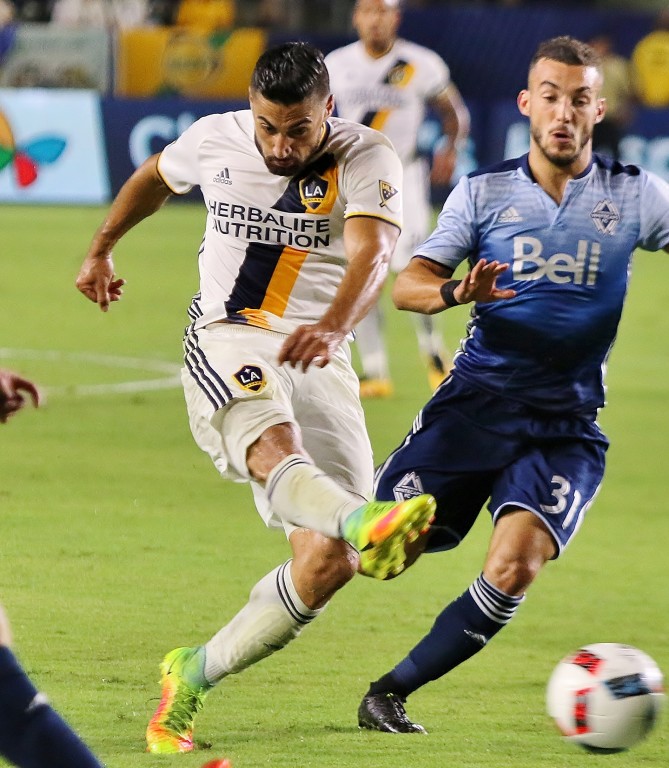 Sebastian Lletget boots a blast that didn’t find the back of the net. (Photo by Duane Barker)

In the 44th minute Daniel Steres substituted for Jelle Van Damme who came off the pitch limping.

Two minutes of additional time were added for the first half.  Emmanuel Boateng got off a shot just before the end of the half but it was high and wide.

Vancouver had six total shots compared to four for LA in the first half.

In the second half, Robbie Rogers, who was playing for the first time since June, had a chance in the 50th minute when the ball was bouncing around the penalty area but Whitecap goalkeeper David Ousted caught up to it to end the threat. 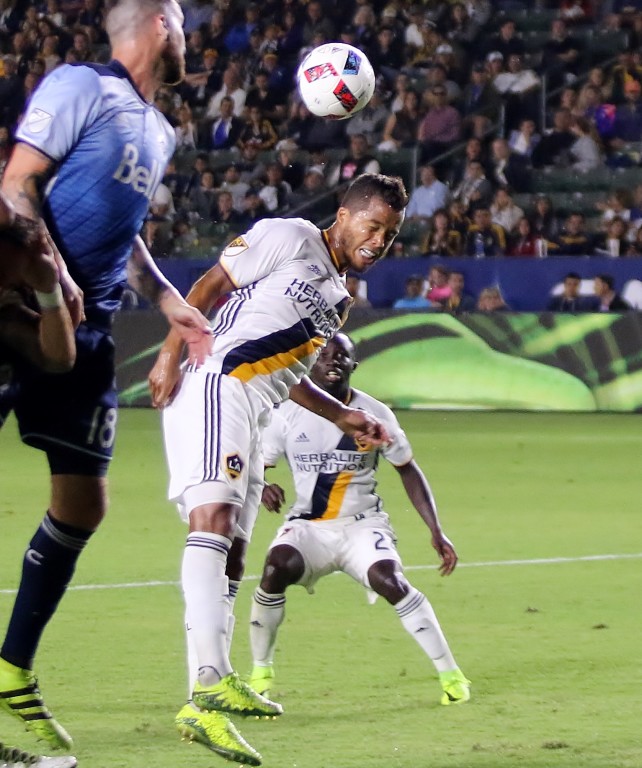 Giovani Dos Santos can get his head on this cross in the second half. (Photo by Duane Barker)

Lletget charged right up the gut of the Vancouver defense and fired a shot on goal but Ousted made the save in the 62nd minute.

Alan Gordon was in position when he headed a nice pass from Ashley Cole right in front but it too went high over the net in the 66th minute.

Gordon again had a chance two minutes later but his kick was off target to the left of the net.

Three minutes of additional time were added but neither team found the net as it ended in a scoreless tie.

“It’s not frustrating. It’s a one point game,” said Galaxy Coach Bruce Arena alluding to the point picked up in the standings with the draw.

For the Galaxy it was their third game in the last eight days. “The best thing for us is we have a couple of days off. It’s important to get the rest and recover.”

Ties are starting to become a common occurrence for the Galaxy. This was their 13th draw of the season.

“They (Vancouver) obviously got tired. They were chasing the ball a lot. So we had a lot of the ball but didn’t have the final product. We came close a couple of times,” Arena said.

The Galaxy now 9-4-13 will get a week off before facing Columbus next Saturday night at home. Vancouver moved to 8-12-7.