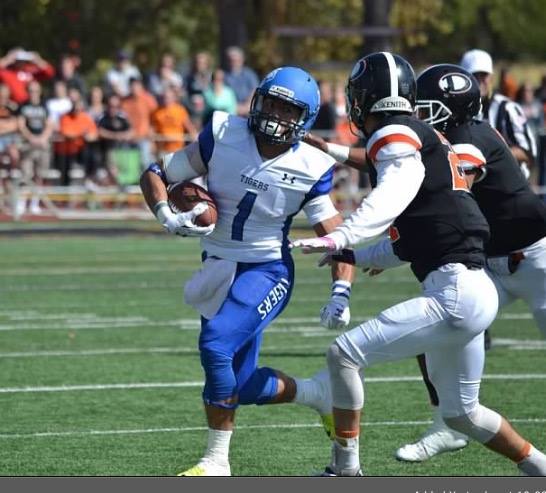 Former San Gabriel running back Arthur Brown is playing professionally. No it’s not the NFL, CFL or even the Arena Football League but instead he’s in Serbia playing for Sirmium Legionaries.

After graduating from San Gabriel, Brown continued his football career in college playing four years at Dakota Wesleyan. After college Brown didn’t want this football career to end. After pursuing different opportunities Brown landed on the roster of Sirmium Legionaries.

The Sirmium Legionaries is the oldest American football team in Serbia, founded in 2002 in Sremska Mitrovica. The team grew quickly becoming one of the most organized and successful clubs in the region.

The city of Sremska Mitrovica the home town of the Legionaries, has historical roots in the Roman period. This led to the club name (they were brave and fearless Roman soldiers).