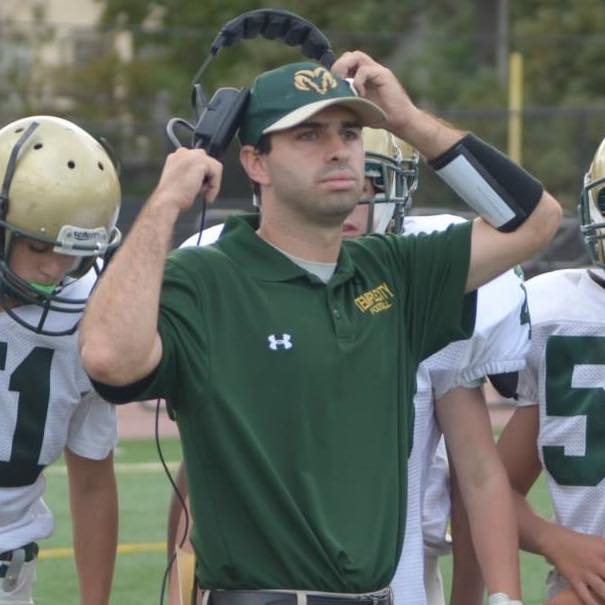 Saxon, a former assistant at TC and San Marino, quarterbacked the Rams during the 2006 season. That team was the last to win a Rio Hondo League title before advancing to the second round of the playoffs.

He becomes the school’s sixth head coach since 2007.

“I’m looking forward to the opportunity of not only building a solid program but also restoring the traditions and history that gave Temple City such a great association with high school football and what it should be all about,” Saxon said.

Saxon also indicated he has a coaching staff in place—pending district approval—and that it will include on campus assistants.

“The players are fantastic kids, and I am excited for us to get to work and show what we can do. I have a lot of confidence in these boys and the coaches we’ll have to direct them.”

Saxon expects the Rams to hit the field either at the end of April or early May.

Joe T.’s High School football novel is available through Amazon.com
“I read the book and loved the finality that came with the San Dimas game.”–Former Temple City HC & DC Randy Backus
“If you love high school football then Tangent Dreams is a must read…”–Longtime SGV HC & Assistant Coach Greg Vaniman
“Joe captures the essence of high school football and does it with a local flavor that makes this book especially interesting.”–Mike Maggiore, HC West Covina Bulldogs
“A literary snapshot of what goes on over the course of a high school football season…an awesome read and a story that truly will transcend time.”—Jim Singiser, AD/HC Arroyo Knights Football
“Thrill, dread, anxiety, love, agony, success, and failure; basically all the emotions you feel as a football player/coach as you do in life, all wrapped up in a single book.”—Marc Paramo, HC Rosemead Panthers Football
“I read the book and really enjoyed it a great deal. I would think coaches and parents could Learn a lot.”—John “Coach” Kentera, former sports talk host at Mighty 690 & Mighty 1090