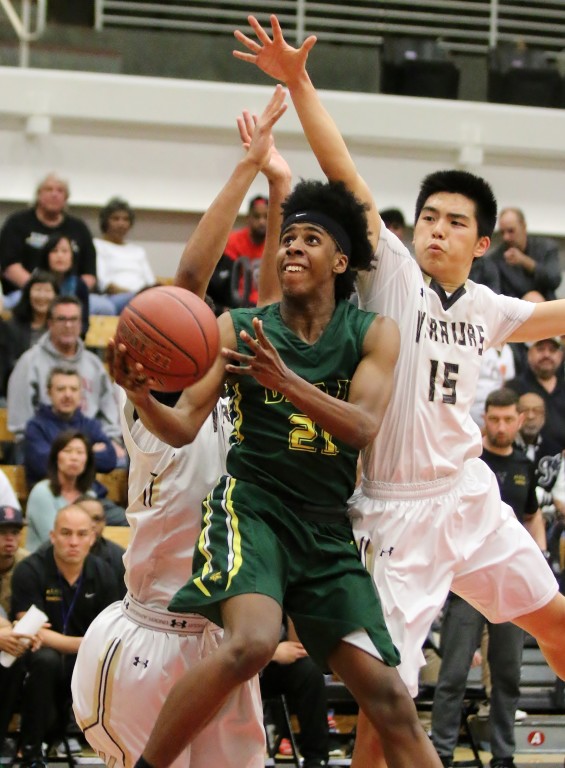 Dallas Murray slices in for two! (Photo by Duane Barker)

(Glendora) – West Torrance jumped out to a 33-17 haftime lead and never looked back in a 65-54 win over Blair Saturday night to win the 4AA Divison title at Felix Event Center at Azusa Pacific University.

Blair had trouble cutting into the lead once it fell behind. West Torrance still had a 16 point advantage at 47-31 after three.

Alexander Mishaw led all scorers wih 30 point for the Warriors. West Torrance had only one other player in double figures – Noah Carroll with 12. Mishaw was 11 of 16 from the field and 8 of 10 from the free throw line.

For the Vikings Dezmond Washington tried to keep them in the hunt with 26 points.Washington had 14 in the second half and 11 of 23 from the floor while playing all 32 minutes. Gabriel Snow had eight and Dallas Murray added seven.

West Torrance led just 12-10 after one but outscored Blair 21-7 in the second quarter to blow it open.