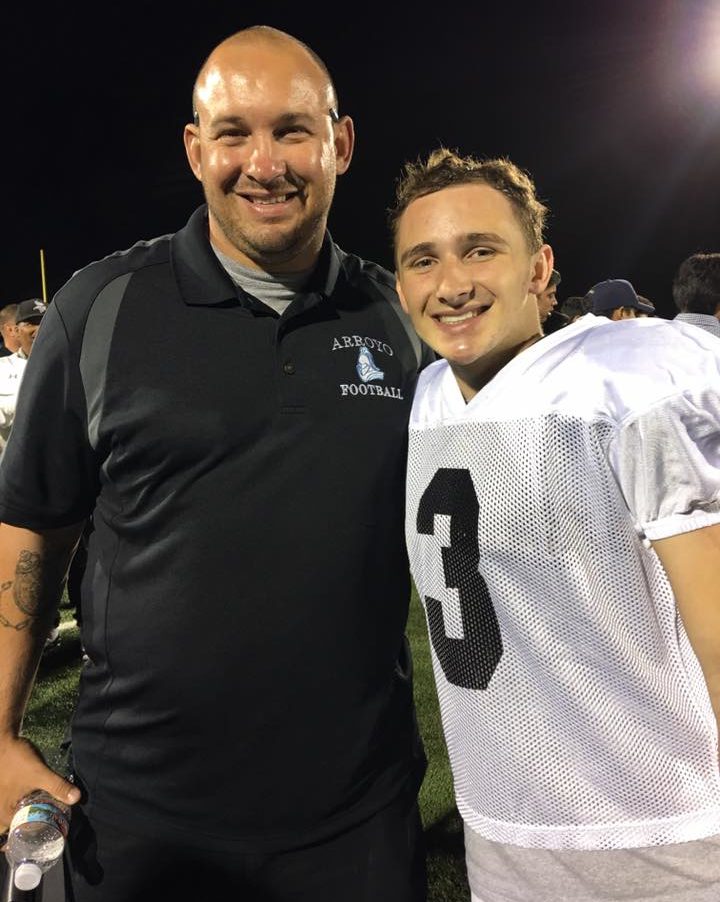 Josh Knight, shown here with his son Devin, is the new head coach at Baldwin Park.

By Tim Peterson
(Baldwin Park) – In what may have been the worst kept secret in the San Gabriel Valley, Josh Knight, who has been an assistant at Arroyo for the last three seasons, has been named the head coach at Baldwin Park he confirmed Wednesday. He was approved by the board this week.

Knight was on Buena Park’s staff under Anthony White for four years prior to his stint at Arroyo working for Jim Singiser. It’s a homecoming for Knight who played his high school football at Baldwin Park. He played quarterback for Coach Tony Zane graduating in 1999.

“It’s exciting. I brought back some alumni to coach as well as some really good coaches. It’s good to be home,” Knight said.

“Proud to announce that I will be going back home and have been given the opportunity to be the Head Football Coach at my Alma Mater Baldwin Park High School. I want to thank Jim Singiser, Chris Macmillan, Anthony White, James Heggins, Steve Garrison, Tom Maher, and Tony Zane for letting me be apart of their programs over the years and helping me better my craft. Most of all I’d like to thank my Wife for supporting me and being there for both the highs and the lows this game gives us. Now it’s time to get to work!” Knight posted on Facebook.