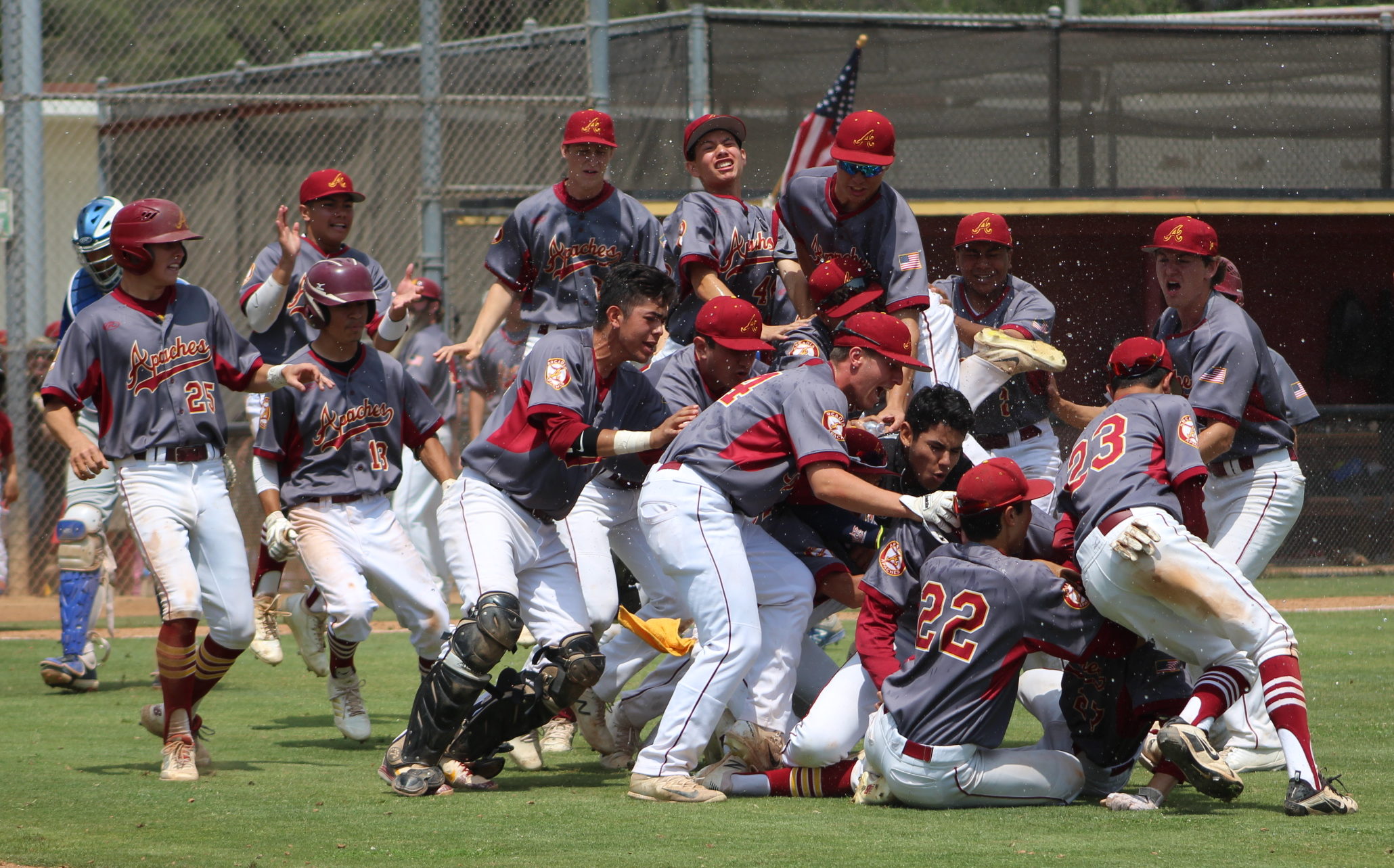 (Arcadia) – Andrew Scannel scored on a sacrifice fly by Chase Pedersen in the bottom of the eighth inning to give Arcadia a 4-3 win over San Dimas Saturday at Giambrone Field to capture the Babe Herman Tournament. With the victory the Apaches remained undefeated on the year improving to 21-0. 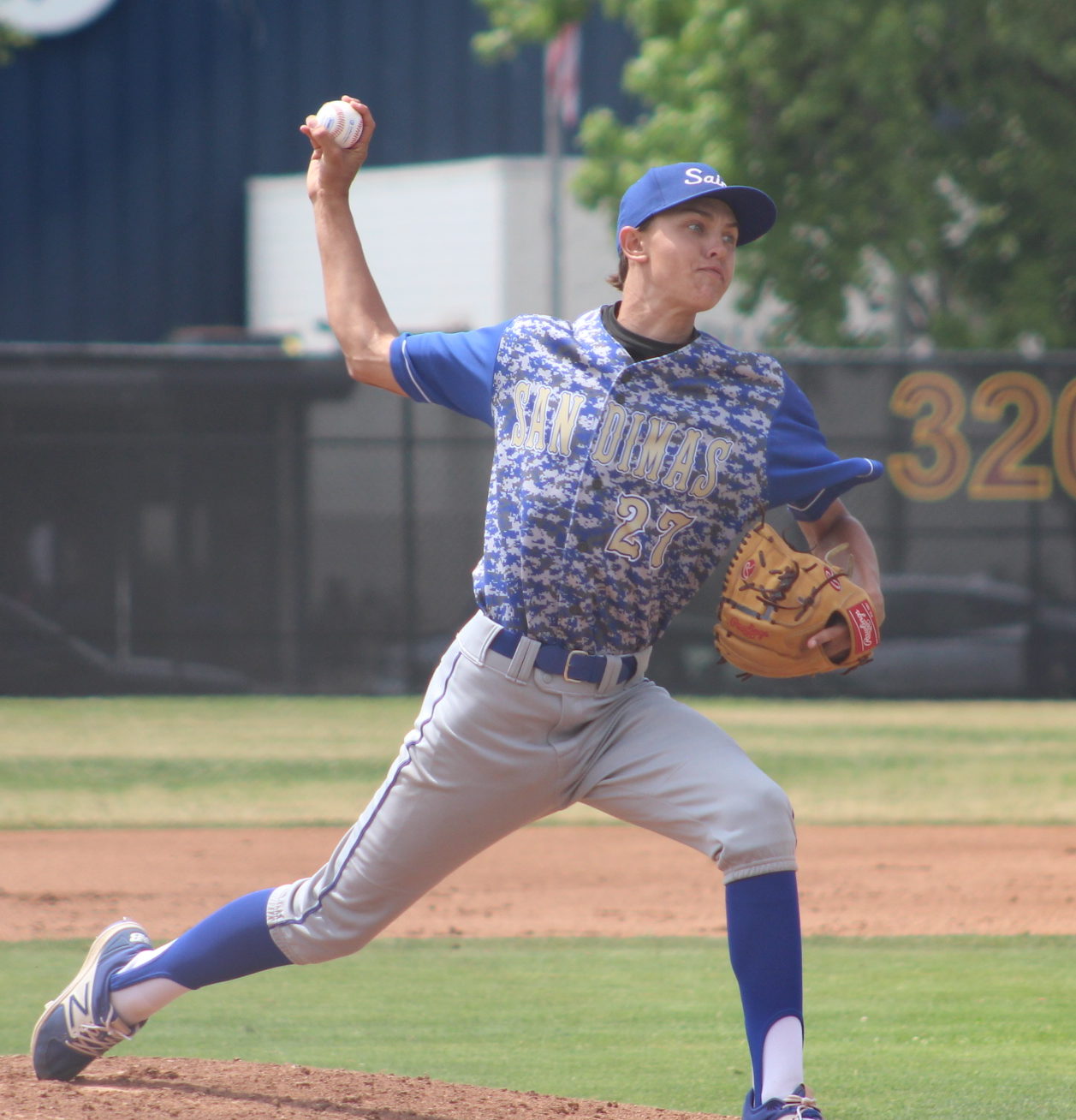 San Dimas scored first on a groundout on the second inning but Arcadia came back with three in the bottom half to take a 3-1 advantage. Pedersen drove in a run and James Nagaoka scored on a wild pitch to pave the way for a 3-1 Apache lead.

San Dimas got one back in the third on an RBI triple by Isiah Marquez and tied it in the fifth on a run scoring ground out by Elijah Jackson.

It stayed that way until Pedersen’s fly ball ended it in in the eighth. 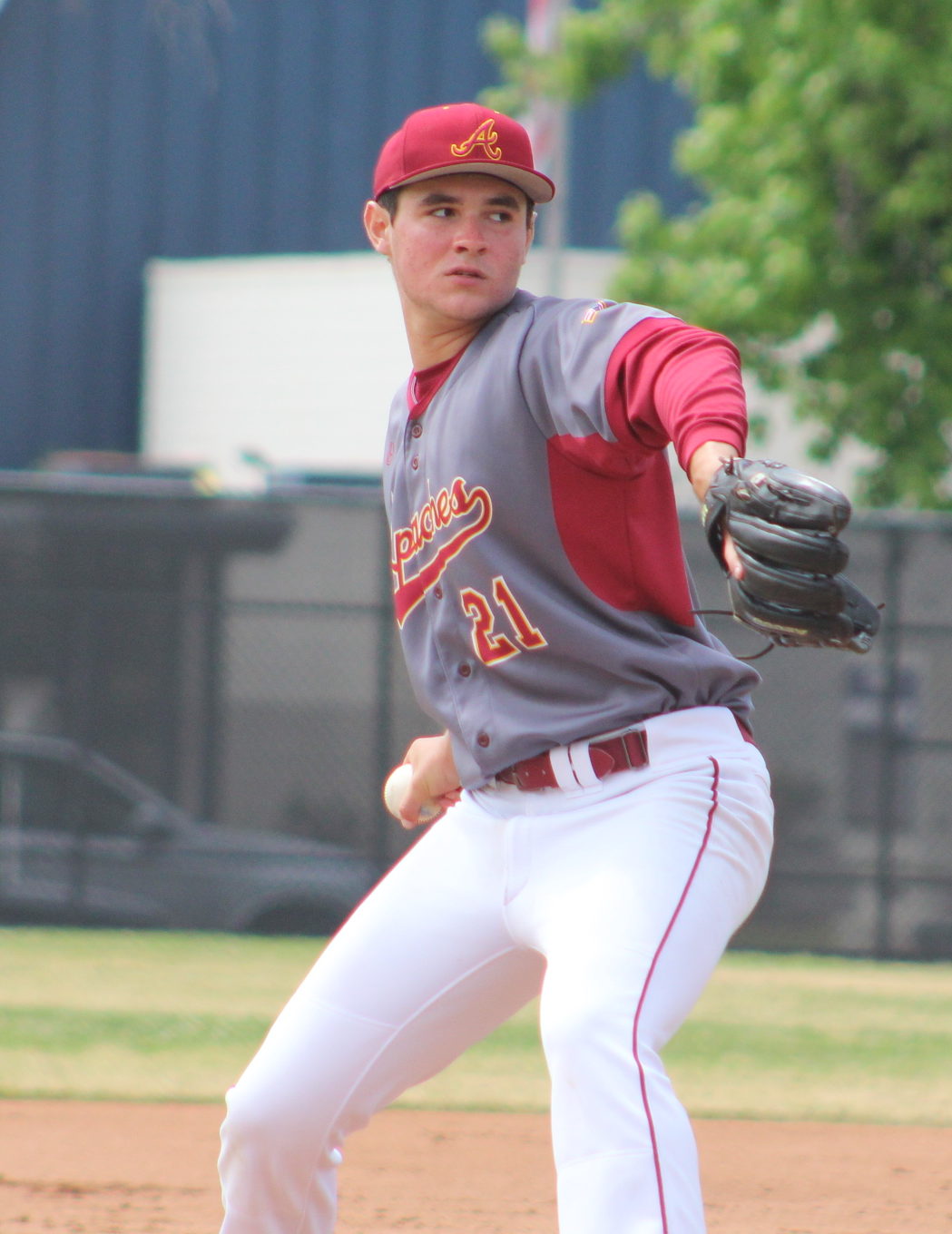 Chris Wilson started on the hill for Arcadia and worked into the fourth inning before Pederson took over and went the rest of the way. Zach Jacobs started and went all eight innings for San Dimas.

Arcadia is still perfect while San Dimas lost for just the third time this year falling to 22-3 .

The Apaches look on from the dugout at Giambrone Field.