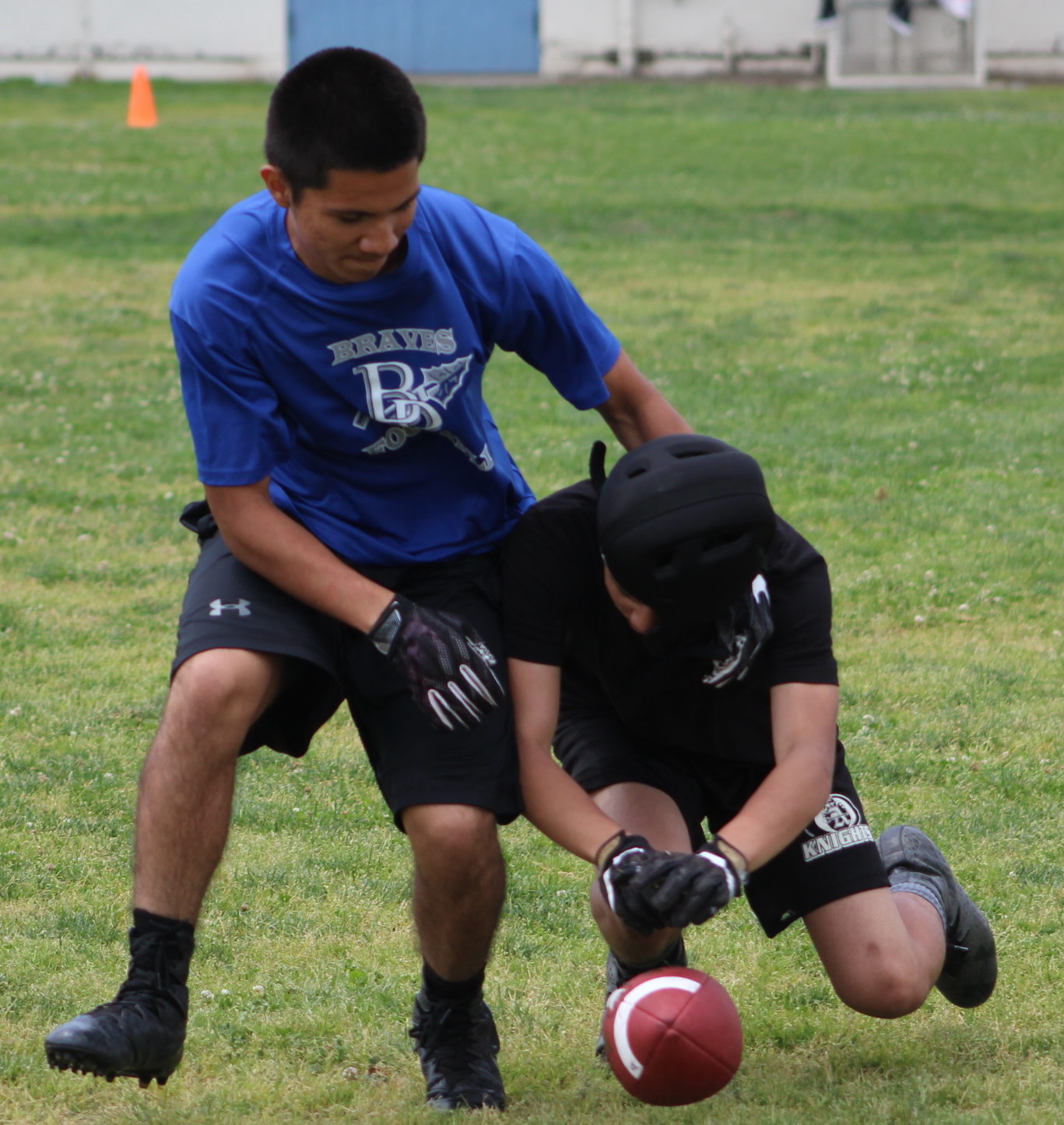 Schurr was out in full force.

It’s early, nothing really to see here but it does wet your appetite for the upcoming football season. Mt. View and Baldwin Park both have new head coaches in Aaron Sepulveda and Josh Knight respectively. It was a little strange to see Knight, a former Arroyo assistant, in Baldwin Park colors. 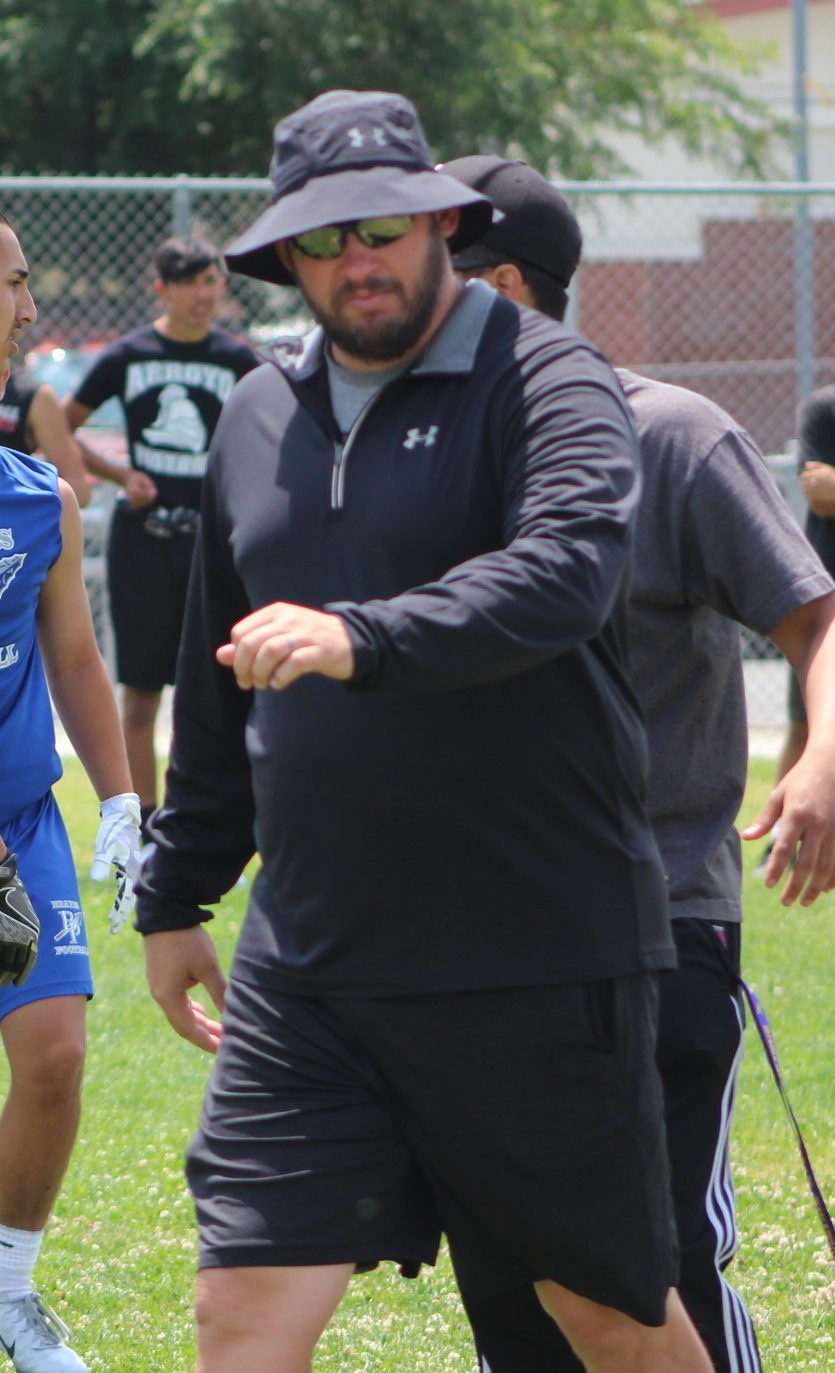 Josh Knight has taken over as HC at Baldwin Park.

Schurr lost several key players to graduation but based on their numbers the Spartans shouldn’t have too much trouble replacing them. 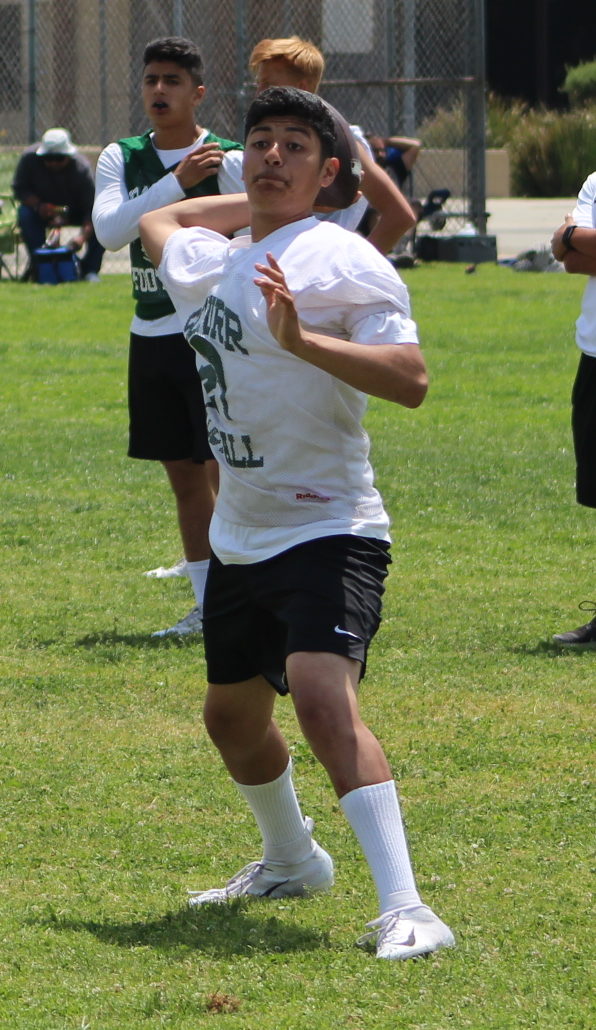 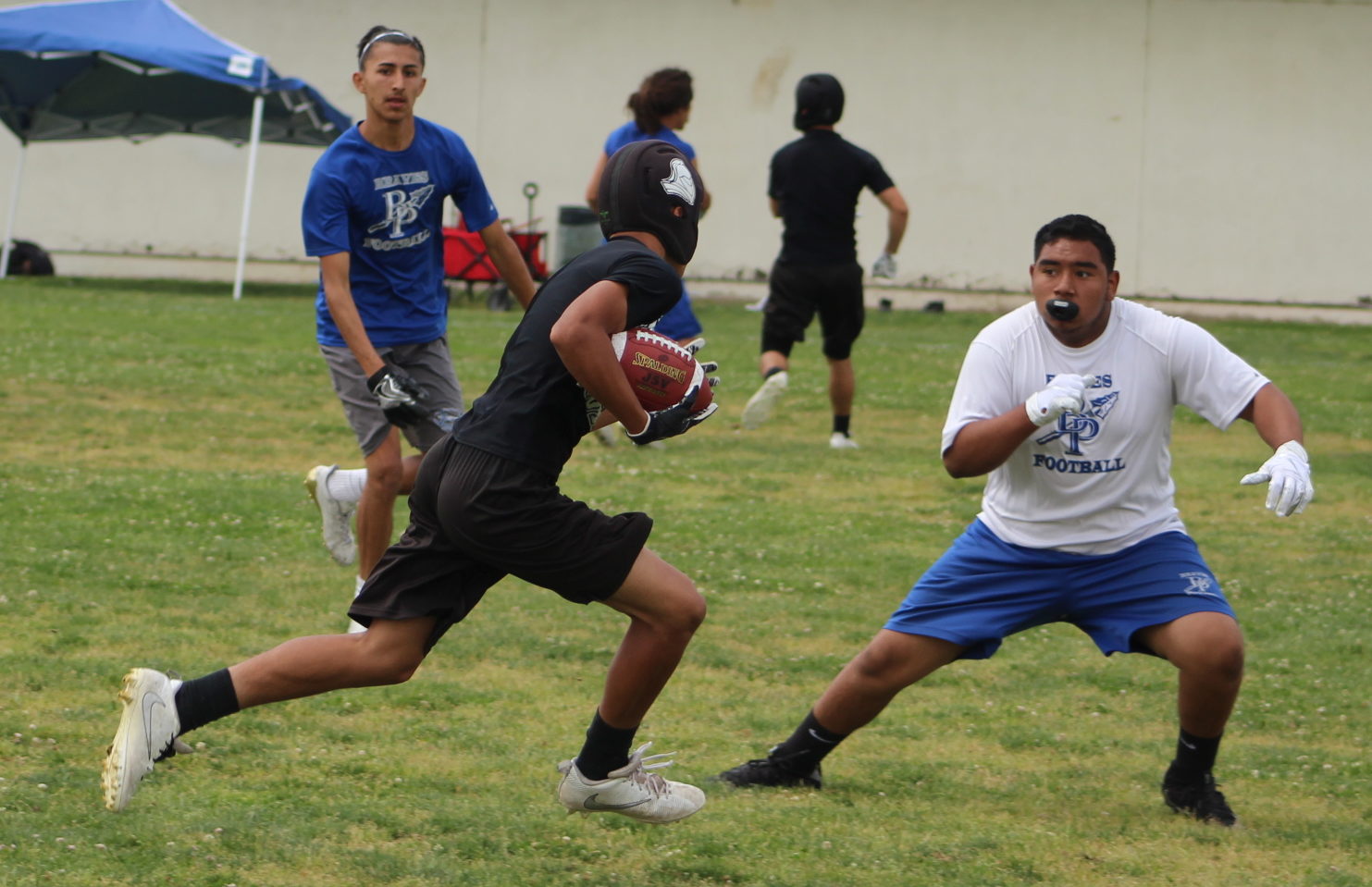 Trying to beat him to the corner.