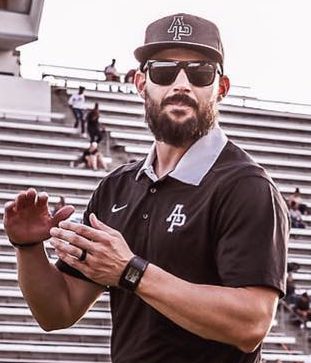 Ben Buys, formerly on the staff at Azusa Pacific, is the new HC at La Salle.

(Pasadena) – Ben Buys, who has been on the staff at Azusa Pacific for the last nine years, was named the new head football coach at La Salle Wednesday

“I’m excited for the future with the program. I think it will be a really good situation,” Buys said.

Buys played at Azusa Pacific and then later j0ined head coach Victor Santa Cruz’ staff in 2010. During a nine-year span with the Cougars Buys did everything from run game coordinator and running backs coach to team chaplain.

“I really enjoyed my time at Azusa Pacific. I really wasn’t looking to leave, but this opportunity was really good. I’ve been wanting to lead a program and this one was a great fit,” Buys said.

Buys takes over for Andrew Pankow who went 0-10 last year as the interim coach. Russell Gordon resigned after the 2017 season after a seven-year run.

2 Comments to "La Salle Buys in on New Head Coach"