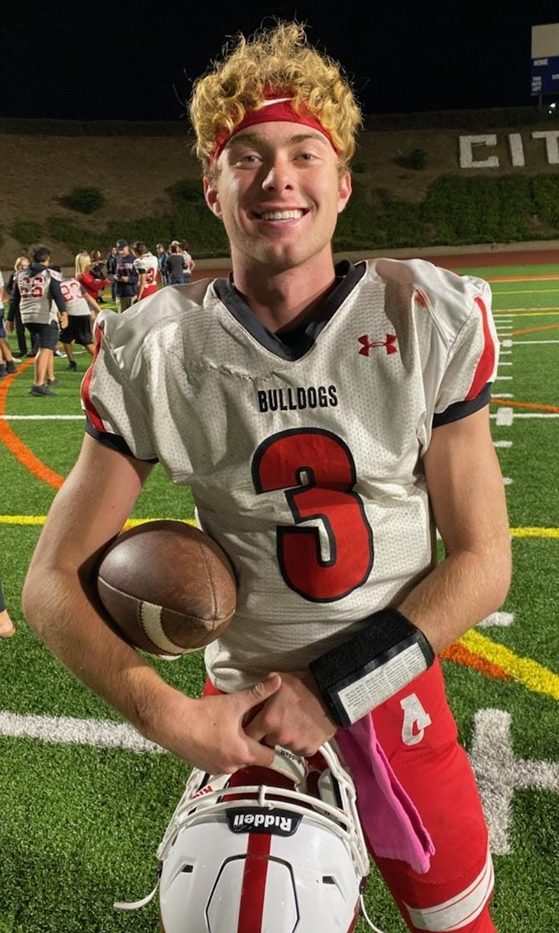 Following a missed field goal by Ayala midway through the fourth quarter, Ford and the Tartan offense just needed 67 yards to tie the contest up before the final buzzer.

As the drive progressed, it looked like it would happen when Ford carried the ball every play of the drive, eating up yards as he led the offense down the field. Unfortunately, his last carry was the team’s final play for Glendora as the fumble decided the game.

“I was trying to six it,” said McCain when talking about the fumble recovery. “But I had to make sure that I picked it up and got the turnover.

At the start of the game, Ayala set the tone for the night as they were able to score on their opening drive using their ground game. Jacob Badawi, who scored the games first touchdown, bulldozed and bullied he was to the end zone as he carried the ball seven straight plays to cap the nine-play drive.

Badawi was able to repeat the same success when he scored his second rushing touchdown late in the second quarter. He and Matthew Munoz picked apart the Tartan defense and ran through the holes the offensive line was creating.

“It is great having those two running backs. They are a great one-two punch,” Said McCain. “It is all started by our O-line and our fullbacks. They open the holes for them, and they hit them, and they’re gone.”

However, when a late field goal try to end the first half was missed to the right, the Bulldogs went into the locker room up 13-0.

It wasn’t until late in the third quarter when Ford scored Glendora’s only touchdown of the night closing the gap between the two. Their defense was able to hold Ayala to a long field goal attempt with 9:40 left in the fourth quarter, but that one was missed as well.

The Bulldog defense was able to force a turnover when the Tartans were in the red zone shutting the door on a comeback, unlike last season when Glendora came back from behind to beat Ayala.

With the win, the Bulldogs stand alone atop the Palomares league, keeping their undefeated record as they head into next week’s game against Colony. Glendora will look to bounce back next week when they travel to Claremont.