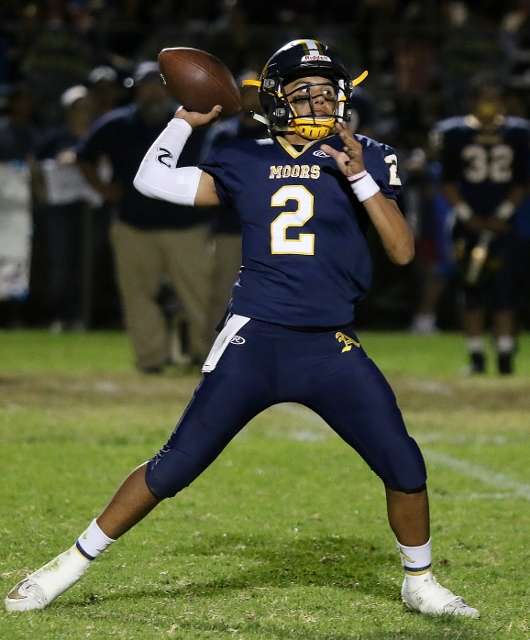 “He checked into school this morning,” Williams said.

The Moors have gone 20-3 with Rodriguez as their starting quarterback since the first game of his freshman year.

In 2018, Alhambra fell one victory short of an Almont League co-championship, and in 2019, the Moors won the league title outright and defeated two playoff opponents before falling in the semis.

Alhambra pulled off a school-record 13-game winning streak with Rodriguez running the offense. That streak began in the final game of the 2018 season and continued all the way through the Moors’ quarterfinal victory over Calvary Chapel last year.

Monrovia has a good JV/Frosh quarterback returning and Williams indicated there will be an open quarterback competition.

Ron Vrooman contributed to this story.