“It was a “Jump to Conclusions” mat. You see, it would be this mat that you would put on the floor… and would have different CONCLUSIONS written on it that you could JUMP TO.”
—Tom Smykowski

Right off the Top: “Wasn’t he cleared?”—MVS commenter “Anonymous”

I believe, “Wasn’t he cleared?” has become the dominant expression of 2016 prep athletics.

Is it good or bad that new Los Angeles Rams quarterback Jared Goff is on the cover of Sports Illustrated?

I heard they wanted to include his offensive line, but the image of it was too troubling for children…and offensive to somebody…living in Bulgaria.

Is it just me (or is it because Peterson has been doing all the work?)…Doesn’t it feel like the prep football season has snuck up on us?

On May 21st, there are heavy throws going on at Glendale High School, run by Crescenta Valley, Charter Oak, and action at San Dimas.

If I show up to the Saints four-way throw and linemen competition, HC Mark Holman has promised the hand delivery of a cold beverage.

There’s a throw at Mt. View this Saturday…I’m curious to know if tacos are on the menu…as they were a year ago.

Rumors are flying that Keppel football, zero for the 21st century in Almont League play, is going to be dropped. I reached out to acting Principal, John Scanlan.

“Quite the opposite….not dropping the program, but trying to do it right. I think the only way the program can survive long-term is to get an on campus coach. Teaching jobs are typically filled at this time of year. We have teaching jobs available and we are looking to get someone locked in soon. We know we’re up against the gun, but we’d rather do it right than do it quickly.”

The long-term plan for Keppel football is to reach a level of offense where someone will decide to protest them for still being called the Aztecs. 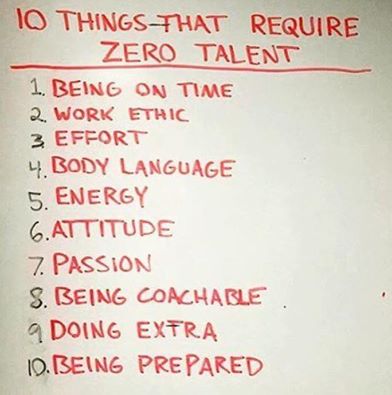 Can you imagine being a Houston Astros fan?

In the future will the Castro brothers give back any of the bonus money they’ll receive for players coming to the states if they suck?

The reason I ask is because the Los Angeles Dodgers plunked down $25-million on Cuban infielder, Erisbel Arruebarrena. That is a lot of dough for a 26-year old they’ve suspended for the rest of the season for, essentially, being a jackwagon.

Arruebarrena appeared in 22 games with the Dodgers in 2014 and hit .195.
After being suspended last year, he wasn’t invited to the big league camp this year and did not appear in a single Cactus League game this spring.

In 17 minor league games in 2016, he was hitting .182…Deals like this are the reason the Dodgers have to remain partnered with Time Warner.

Wishing the ScanWife a speedy recovery.

Speaking of the Dodgers…Is anybody worried about them?

Isn’t it time for them to bring up Julio Urias? How long are they going to wait, how old does he have to be? They shouldn’t be worried about innings pitched, they manage those to death.

At this pace Urias will get to Chavez Ravine when Clayton Kershaw is thanking everybody for helping him on the way to Cooperstown.

“The Mets are the real deal, if they don’t go back to the WS then I’ll be surprised.”—Obnoxious Giants Fan, David Nordel

Always, appreciate the opinions of people I meet in Surprise, Arizona.

Midbits (same as ‘Tidbits’)
Midbits: “…behaviorally it seems like you could be holding up a mirror to me.”—Former NFL quarterback, Ryan Leaf on Johnny Manziel.

Midbits: “I see where Common Core just announced that there is an ‘i’ in ‘team.’”—Dennis Miller

Midbits: Even after my performance at the Creston Tourney last July, I still didn’t get a call from the NFL on Draft Day. I knew I shouldn’t have spent so much time around Laremy Tunsil…But Peterson swore by him and said he was a cool dude.

Midbits: deGrom’s throwing for the Mets tonight against the Padres? That’s all you gotta say…!

Midbits: Can somebody define what it means to be offended? It seems so easy to say something offends you nowadays. Just because you don’t like something (for me it would be two dudes kissing on “Fear The Walking Dead”) it doesn’t offend me…I can promise you a miserable life if you live it being offended by everything you dislike.

Plus, it is incredibly jejune…