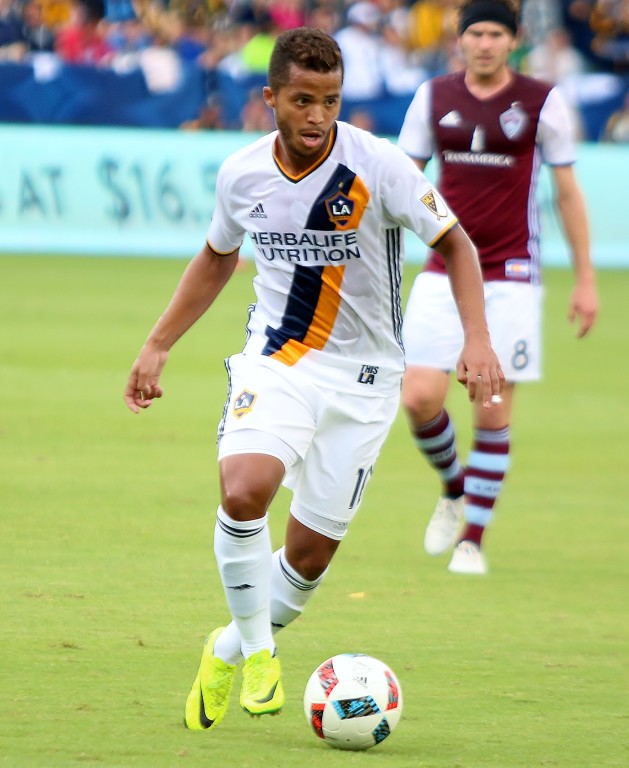 Giovani dos Santos gets the only goal of the match.

(Carson) – Giovani dos Santos scored in the 55th minute and the Galaxy made it stand up in a 1-0 win over Colorado Sunday before 24,487 at StubHub Center in the Western Conference semi final opener.

The Galaxy now lead the semi finals 1-0 in aggregate goals and will travel to Colorado next Sunday in a game to determine the winner.

“We played well. Our guys were pretty focused. I think we understand what this game was going to look like today,” said Galaxy head coach Bruce Arena. “We had a good collective effort. Overall I thought we played a pretty solid game.”

Arena also expressed that it will be different in Colorado “You’re going into a venue that is different because of altitude. So I think typically you’ll never play the same game there as you do at home because of the environmental conditions. So it will be somewhat different.”

Both teams had their opportunities in a scoreless first half but couldn’t capitalize.

Colorado goalkeeper Tim Howard made a save on Alan Gordon in the penalty box in the 17th minute. However Gordon was called  for a foul anyway on the play for running over a man.

Howard came up big again in the 22nd minute when he made a sprawling save on Sebastian Lletget who fired on him from the right side.

One minute later, Howard came out of the net to grab a cross by Emmanuel Boateng intended for Gordon in front of the box preventing a possible tap in. 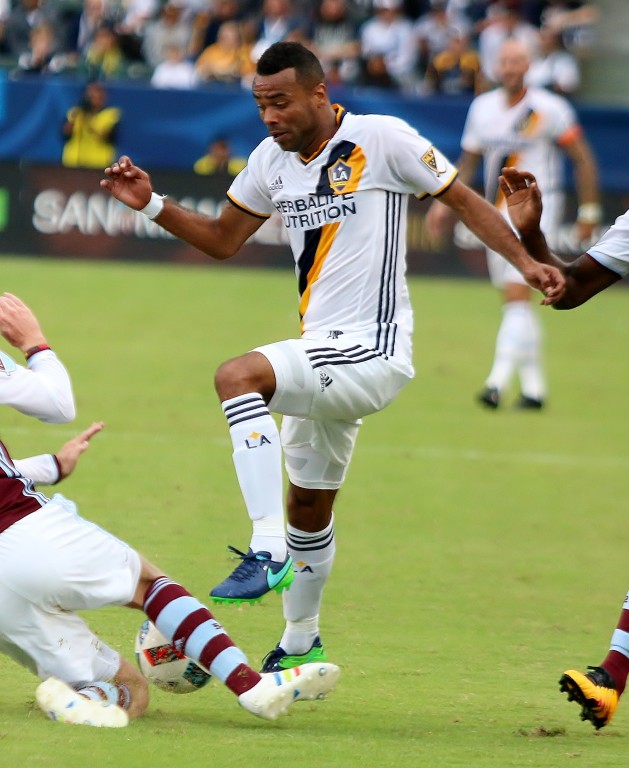 Boateng got off a blast in the 36th minute that was blocked by Jared Watts in front of Howard. In the 37th Robbie Rogers’ shot was booted away by Watts and over the bar.

Five minutes into the second half Watts was issued yellow card for a foul on Rogers.

After threatening on several occasions, the Galaxy broke the scoreless tie in the 55th minute when dos Santos bounced a header over the head of Howard and into the back of the net.

In the 59th minute Brian Rowe made a diving stop on a kick from Jermaine Jones to preserve the lead. Boateng exited in the 70th minute in favor of Mike Magee.

Landon Donovan made a great cross that hit Magee in stride but his attempt was thwarted by Howard. Robbie Keane replaced dos Santos in the 81st minute.

Three minutes of additional time were added to the second half, but the Galaxy held on to win the first game of the series. Next up is the trip to the Rocky Mountains.