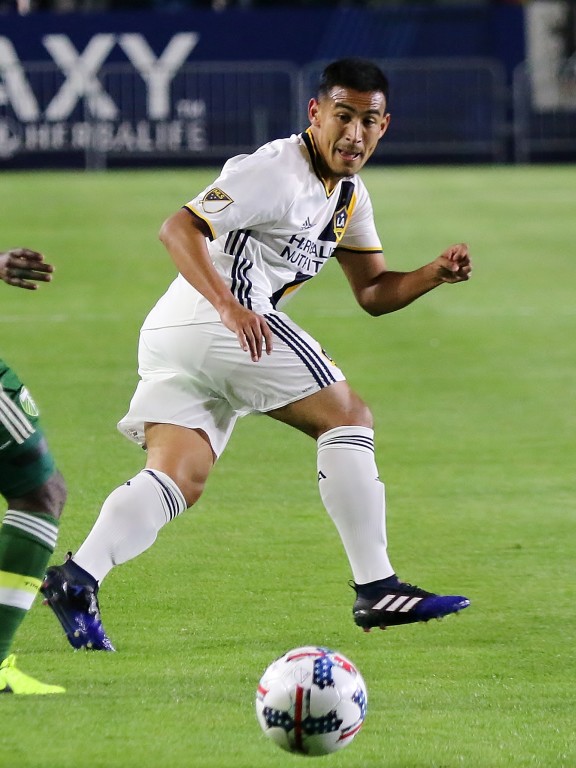 Jose Villarreal provided a spark for the Galaxy in the second half despite the one goal loss.

(Carson) – Fanendo Adi scored a brace and Portland beat the Galaxy 2-1 Saturday night in the preseason finale at StubHub Center.

Adi scored once in each half and it looked like the Timbers were on their way to a shutout until Daniel Steres scored late in the contest for the Galaxy.

There were minimal scoring opportunities for either team through the first 24 minutes. Brian Rowe made a diving stop in front of the net after  a Portland kick slipped through in he 20th minute but he made the play well before it was a serious threat.

In the 27th minute Portland’s Diego Valeri had a shot at the net on a break away but missed it chipping it over the net. The Timbers broke through in the 29th minute when Adi rushed by the Galaxy defense on the left side and blasted one by Rowe to make it 1-0.

The Galaxy had an opportunity in the 34th minute but a pass to Giovani dos Santos from Ariel Lassiter right in front of the net was intercepted. 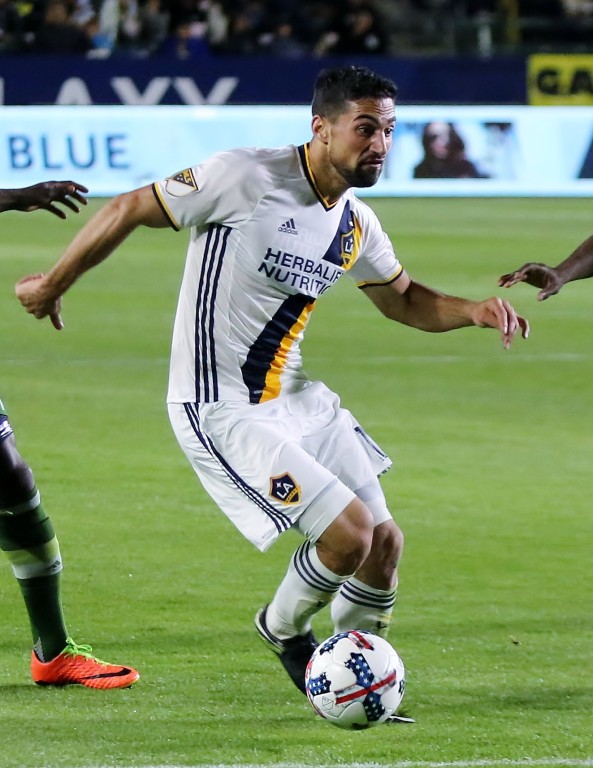 Sebastian Lletget looks to make a play for LA.

The Timbers went up 2-0 in the 57th minute as Adi took a perfectly placed pass from Valeri and glided it past Rowe. Roman Alessandrini, who entered the game in the second half for LA appeared to be fouled just before Valeri got past him and found Adi.

Portland keeper Jake Gleeson came up with two great saves later in the half to keep the Galaxy at bay.

The Galaxy finally got on the board in the 81st minute when Steres finished a Dave Romney header off of a free kick. The PA announcer proclaimed Romney scored but it was Steres with the touch as the ball went into the net.

Two minutes of additional time was added but Portland was able to hold off LA the rest of the way. Jose Villarreal provided a spark for LA in the second half despite the one goal loss.

The Galaxy opens the regular season next Saturday against FC Dallas at 1:00 p.m. at StubHub Center.