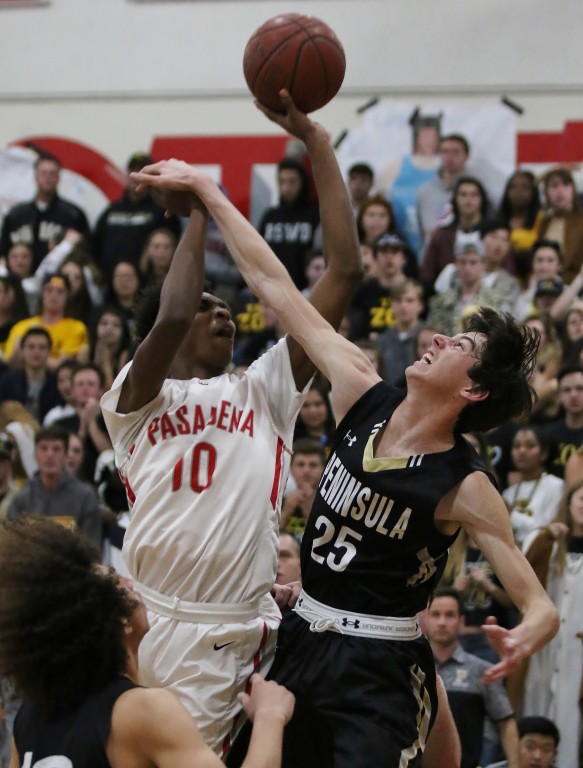 (Pasadena) – Bryce Hamilton scored 29 points and Darius Brown II tossed in 26 to lead Pasadena to a 75-66 win over Peninsula Friday night at the Dog House to advance to the Division 1A Finals.

Hamilton and Brown scored from inside, outside and at the free throw line combining for 55 of the team’s 75 points. Brown hit five three pointers including three in the third quarter as the Bulldogs extended their lead. Hamilton scored 14 points in the first half doing a majority of his damage down in the paint.

Both players were continually sent to the charity stripe in the fourth quarter as Peninsula tried to get back in the game but they were up to the task knocking down 12 from the line.

Brown had eight points in the first quarter including a pair of threes and Hamilton had six as PHS jumped out to a 20-11 lead.

Peninsula warmed up in the second quarter as it began to cut into the lead. Wony’a Singleton knocked down a three and Jordan Gazdik scored eight points in the quarter as the Panthers outscored Pasadena 22-17 in the second to cut the Bulldog advantage to 32-29 at halftime. 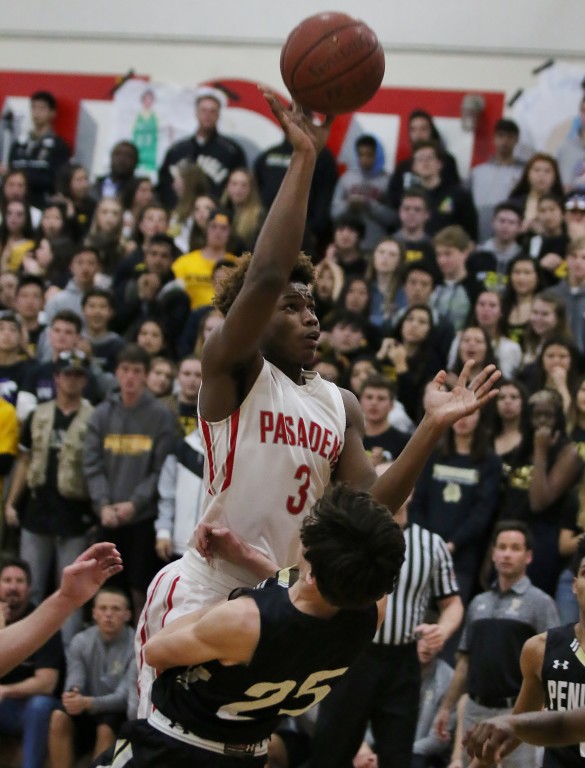 Pasadena opened up the third quarter with a 9-2 run to extend the margin to ten. Brown buried two from long distance and Jesse Watkins also found the net from the land of plenty during the blitz. The Dogs outscored Peninsula 22-17 in the third to gain control with an eight point lead. Brown had nine in the third and Darius Mason added six.

The fourth quarter was a parade to the free throw line for Pasadena and Peninsula couldn’t get over the hump.

Mason was the only other Bulldog in double figures with 10 and Watkins finished with five. Brown also dished out six assists and Hamilton pulled down eight boards to go with his game high 29.

For Peninsula Gazdik led the way with 19 and Singleton hit three treys and had 18. Godbold tossed in 16.

Now Pasadena gets a trip to the Honda Center next weekend to take on Harvard-Westlake in the Final. The date and time to are to be determined.