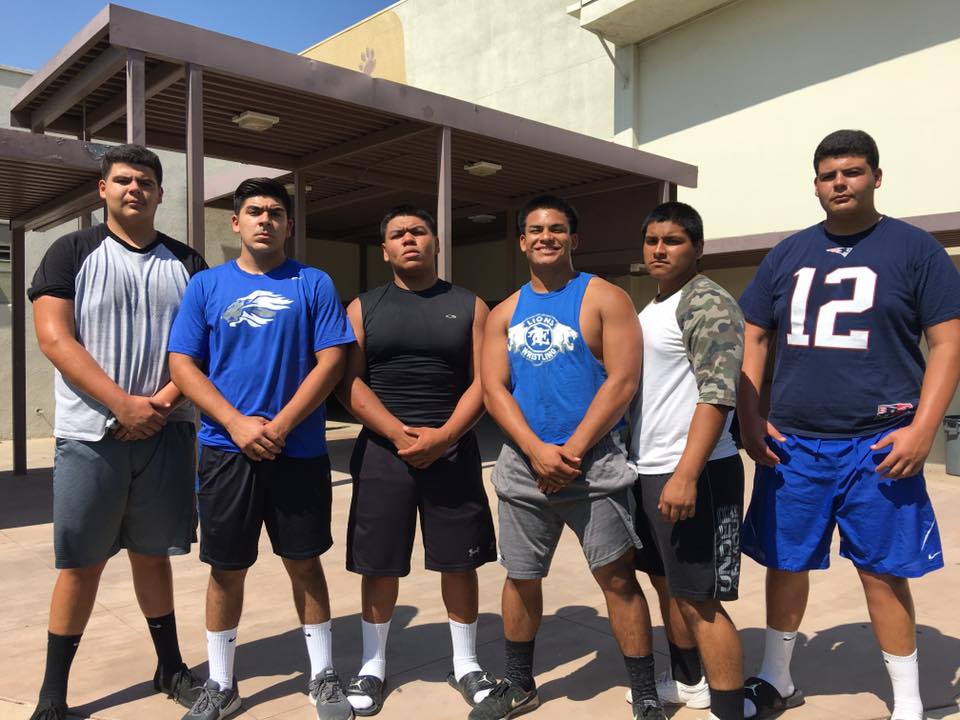 “Why can’t you tell her to talk to us? We’re the ones doing all the blocking.”—Pineapple Bartholomew, LT, West El Monte Poly

Right off the Top: I want to write a book about offensive linemen.

I didn’t have a great prep career, I didn’t have a great church league career, but I did have that occasional moment where I hit the home run (a legit home run not a between the outfielder’s legs grounder punctuated by an overthrow of third base) or stroked a three from 25-feet plus. And I was affirmed in those moments.

A little over a decade ago Schurr had a running back named Jesse Ramirez. “Gordo” had back-to-back 2,000 yard seasons. One of his blockers played some pro-ball can you name him? More importantly when a guy rushes for 2,000 yards (twice), perhaps we should be able to name all five guys that plowed the road for him.

I get it…They knew the job was dangerous when they took it. They knew there would be little fanfare regarding them because no one really cares about how the sausage is made. But before writing a book about offensive linemen (or telling somebody else to write a book about offensive linemen), I’d love to hear half the stories I hear about quarterbacks.

What do we hear about quarterbacks?
“This kid is tough…”
“This kid never quits…”
“He’s a leader…”
…yada…yada…yada…

What do we hear about offensive linemen? He’s strong? He works hard?

Besides some attention, a good offensive line needs a nickname. Like Buffalo’s “Electric Company” back in the 1970s…Like “The Devil’s Herd” at South El Monte in 2016. (Yeah, I made that one up.)

Are there any nicknames out there we don’t know about?

Good things do happen for offensive linemen, but it would be better to see everything they go through. The sweat, the labor, the insults…Something more than car pulls, tire throws and yellow flags on Friday night.

Really, somebody should do a book on these guys.
***

Midbits (same as ‘Tidbits’)
Midbits: It was great to read something positive about Cathedral for a change. Most of the stuff I see about the Phantoms on this website starts out like; “I looked as they opened the sixth seal and a beast with seven heads and ten horns rose up near Dodger Stadium…”

Midbits: Oh, by the way, the other day when I dumped the NFL Network I also dumped all (ALL) of my ESPN channels…Don’t let the door hit you in the butt on the way out.

Midbits: Speaking of South Pasadena did you know over the course of the last 14 seasons the Tigers have only had a losing record four times and only three playoff appearances (none at home)?

Midbits: What was all that gold Yadier Molina was wearing in last night’s MLB All-Star Game? (I only caught the first nine innings)…Molina looked like C3Po from Star Wars…Man, who let the nerds out?