Miracles are still possible for the METS!

“I thirst to be thirsty in Montego Bay.”—Bobby Bloom

Right off the Top: I don’t think I’ve written about this before—maybe I have, I don’t remember—but when I was a sophomore at “The End of The Santa Fe Trail”…I ditched 21 consecutive days of school.

The information above probably answers questions you may have had about me, but it’s true: I ditched 21 consecutive days of school. Now I went to basketball practice and played in all my games—I just didn’t go to class.

(Don’t know if that’s possible anymore but when dinosaurs still roamed the earth and AM Radio still played Rock & Roll it was.)

I didn’t sleep all day; I didn’t hang out in the park or at Tastee Freeze. I went to the library and read. When the bell ending fifth period was ready to blow, I closed my book and headed to the locker room.

It worked well until I reached the last 100 pages of “The Shining” and decided I wanted to finish the book more than I wanted to go to basketball practice.

I skipped practice, my coach called the house to ask if I was okay, my family called the school—found out I hadn’t been there for three weeks—and when I walked in through the front door, I was—in the parlance of the times—BUSTED.

“We missed Joe at practice today, is he alright?”

He passed away this week. I had not spoken to him since leaving high school. We weren’t particularly close, and I wasn’t one of his “guys.” I was an unimpressive student, and he was a professional teacher who did his job.

Odd how billions of bits of experience is crammed into our heads but just hearing a name can bring an instant recall and observation of someone you once knew…a long time ago…for a very short period of time.

Obviously, he wasn’t Knute Rockne on the football sideline but what I remembered when I read the post of his passing was that he did all the small things a coach/teacher/father/daughter/mother/son/friend does when no one is looking.

My grades were a wreck after my 21-day vacation, I was barely eligible to walk down Campus Drive, but Coach Brooks came and asked me if I still wanted to work out with the team.

When he stopped and asked me, I was expecting to be chewed out for letting the team down, for being a slacker, for being a bum…But he wasn’t joking; he wanted me to come and workout and stay connected.

He didn’t have to do that…Funny, but I’ve never mentioned it to anybody until just now. Just one of the billion bits of life we experience and tuck away to draw on later.

It was a small thing…But the kind of thing a coach/teacher/father/daughter/mother/son/friend does when no one is looking.

After a league loss at Arroyo, Brooks had the bus driver pull over so he could yell at us.

“You lost!” He shouted. “You lost, and it should be bothering you! It bothers me! You lost! You shouldn’t be laughing after losing!”

This was five years after being the varsity football coach, it was sophomore basketball, and he cared about the little things others would have written off.

He taught me how to take charge.

“Set your legs, plant your feet and cross your hands below your waist. You’ll get the call if you don’t BLANK out!”

It was sophomore basketball, no one was watching, there was no internet, and there were serious questions about anybody on the team even caring. Remember, I’m the guy who ditched basketball practice to finish reading a book…But Coach Brooks kept teaching without a spotlight or limelight.

Coach Brooks did the little things like a coach/teacher/father/daughter/mother/son/friend should when no one is looking.

Dave Brooks is the example to point to when you think nothing is sinking in, nothing is getting through and you begin to wonder if any of what you’re doing for others is worth your time.

Decades might pass, and you may pass before seeing the fruit of your labors…but every good thing/right thing you do is very much worth it. They become part of the billion bits of experiences that sustain all of us through life.
*** 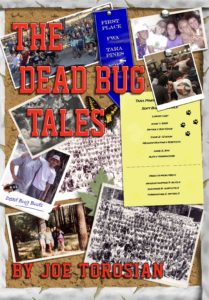 Midbits (same as ‘Tidbits’)
Midbits: Saw Glendora basketball legend/UCLA alum, Tracy Murray at Disneyland. He was with his family and appeared very retired.

Midbits: The third quarterback in the Los Angeles Rams camp is Aaron Murray. A fourth spot is available—It’s between me and Don Milan.

Midbits: Did you know Arroyo in 1987, the year after winning its first CIF football title, started the season 1-3?

Midbits: Note to Temple City HC, Riley Saxon—The last Temple City HC to win his first game coaching at the school was Mike DiFiori against Arroyo (17-6) in 1996. Mike Mooney, Randy Backus, Anthony White, Mike McFarland, Rob Castaneda, Marc Shettleroe all lost their openers…So did Gabe Soumakian, Jim Walker, Chuck Piper and Bill Davis.
Note on Walker: His loss in his Temple City debut as HC was to Arroyo in 1987…The only win the Knights got the first month after winning CIF in 1986.

Midbits: The Los Angeles Dodgers will not win the World Series.