2. Former Bassett/Citrus Valley HC Pete Smolin has been hired as the running backs coach at the University of Redlands.

3. Quarterbacks Josh Rosen of UCLA and Sam Darnold of USC both declared for the NFL draft Wednesday.

5. Former MLB infielder Rob Picciolo who played for the Oakland A’s, Milwaukee Brewers and the Angels, passed away at the age of 64 Wednesday.

6. The Dodgers hired former All-Star pitcher Mark Prior as their bullpen coach.

7. The Lakers are last in the Western Conference at 11-26 and have lost eight straight games.

8. The University of Central Florida declares itself the 2017 National Champions after completing a perfect 13-0 season with a win over Auburn in the Peach Bowl. UCF is raising a banner, holding a parade and paying out bonuses to the coaching staff for winning the “championship”.

10. Also on this day in 1957 the Dodgers’ Jackie Robinson announced his retirement rather than be traded to the New York Giants. 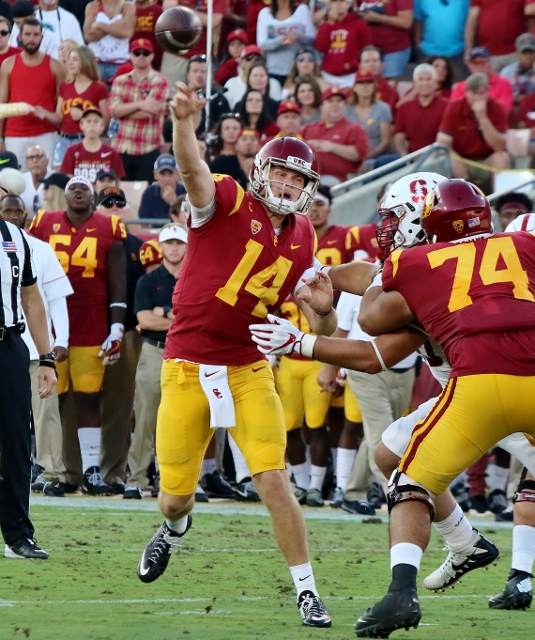