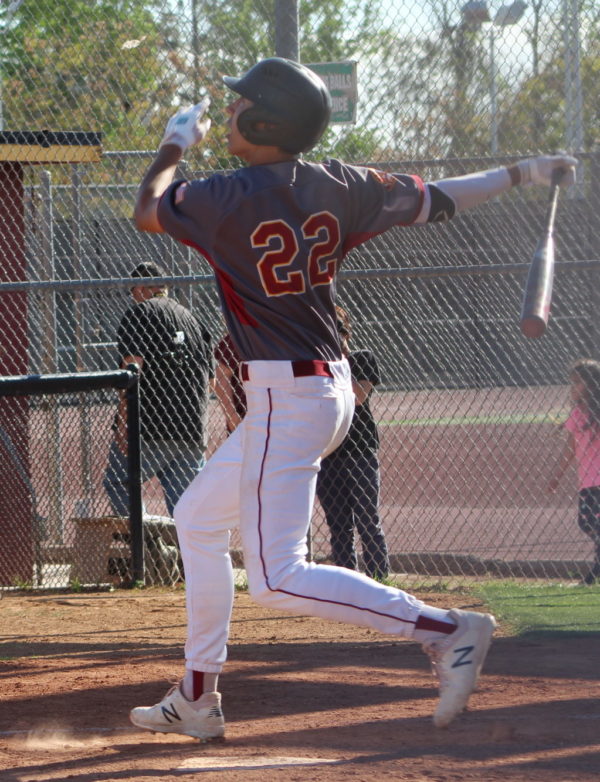 Dustin Allen got the Apaches started on a four-run rally in the third inning.

(Arcadia) – Arcadia broke open a tie game with four runs in the third inning and cruised to an 11-1 rout of Burroughs in six innings Tuesday at home.

The Apaches added five more runs in the sixth inning to finish off the Indians. With the game tied at one, Dustin Allen got aboard on an error and after Mikey Easter was hit by a pitch to load the bases, Jacob Lopez hit a sacrifice fly to score Allen. Tyler Quintero then belted a two-run triple to right center and he then scored on another sacrifice fly to make it 5-1. Quintero was 3 for 4 on the day with three RBI.

That was all Preston Howey needed as he started and allowed just one run – in the third inning – while working five innings. Howey, who improved to 10-0 on the year, struck out four. 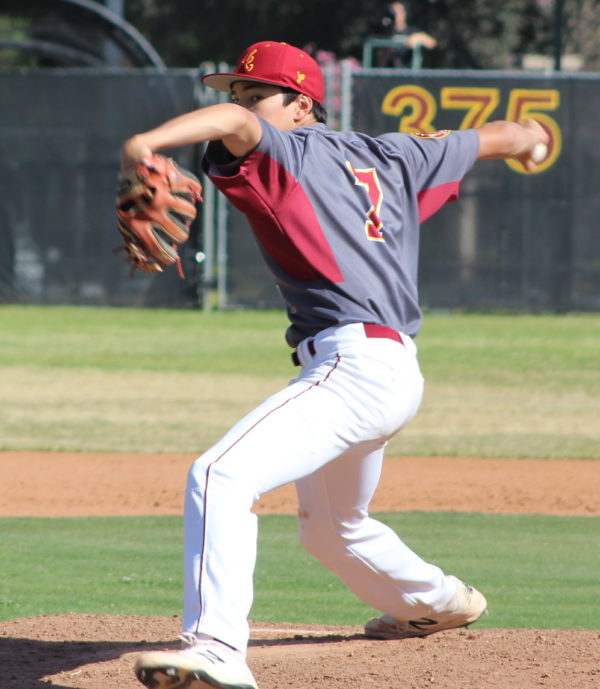 Preston Howey allowed just one run to pick up the victory.

The Apaches took a 1-0 lead in the bottom of the second when Brandon Nguyen doubled home a run.

With the victory Arcadia improved to 18-1 overall and 8-1 in the Pacific League while Burroughs fell to 9-14 and  6-3 in league. 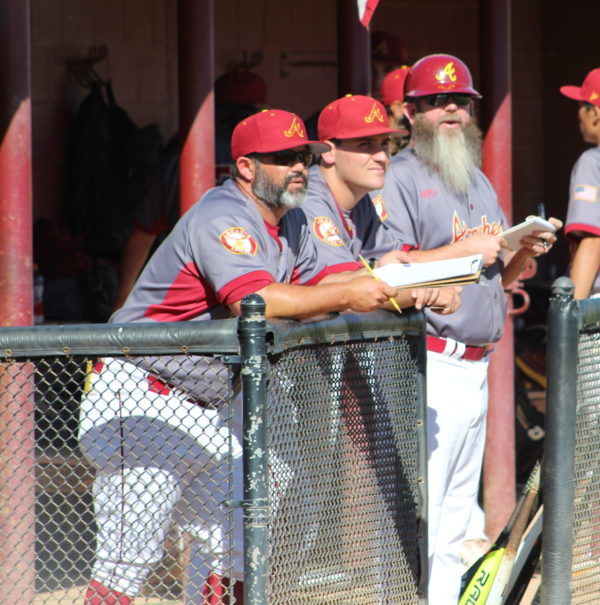 Arcadia Coach Nick Lemas (left) and staff have led the Apaches to an 18-1 record.