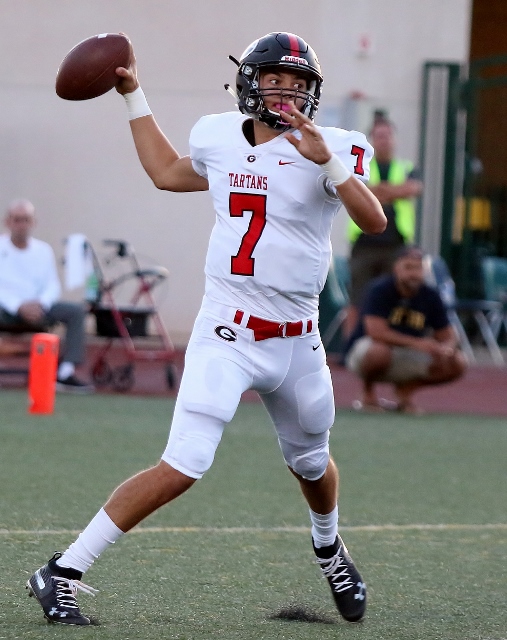 (La Verne) Jacob Gonzalez accounted for all three Tartan scores, two through the air and one on the ground in the Tartans 24-7 season opening victory over the Damien Spartans Friday night at Dick Larson Stadium on the campus of Damien High School.

Things started well for Damien under new head coach Matt Bechtel who’s Spartans took the opening drive 80 yards on 15 plays for the score and the 7-0 lead. The drive consumed more than eight minutes off the clock as Damien used a balance attack to move the ball downfield. Jordan Barton rolled right and found Justin Ponce who got the ball across the line.

The Tartans tied the score with 8:08 left in the second quarter on a 22-yard pass from Gonzalez to Matt Gonzalez. The score capped a 5-play 51 yard drive.

The score remained tied till late in the first half when Gonzalez found Matt Gonzalez again this time from 18-yards away. Jake Peralta added his second extra point of the night to give Glendora the 14-7 advantage with 1:12 showing on the clock. 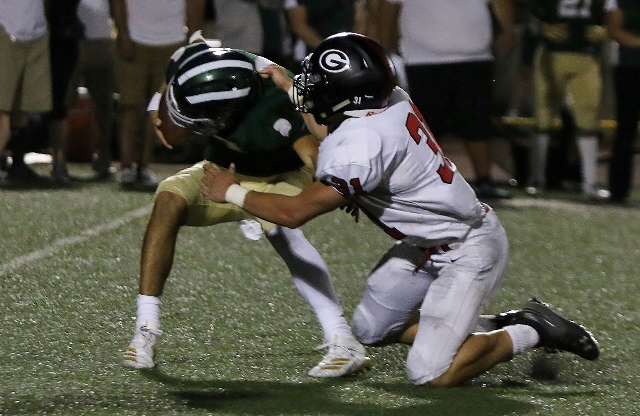 The Glendora defense harassed the Damien QB’s all game.

Glendora kept their seven point advantage through most of the third period and extended it to 10 with 1:38 left. Peralta came on to boot a 33-yard field goal to finish of a 12 play drive.

The final score of the night came via the legs of Gonzalez who called his own number and outraced the Spartan defenders down the far sideline to paydirt. Gonzalez finished the night with 141-yards passing and 28-yards rushing with the three total touchdowns.

Damien was led  Barton’s 122 yards passing and the lone score and Chase Carter’s 54 yards on the ground.

The Tartan’s Xzavier Ford led all rushers with 93 yards on 23 carries and Chase Marshman had five catches for 65 yards to lead the Glendora receivers.