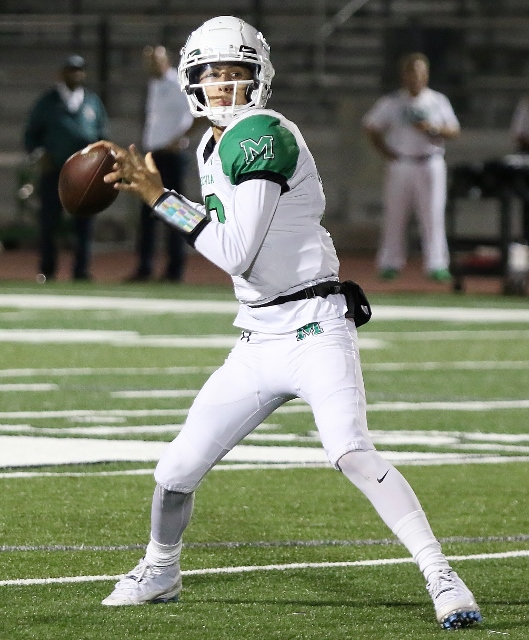 (Monrovia) The Monrovia Wildcats got a four touchdown performance from Nick Hernandez to get the victory over the visiting Arroyo Knights 33-7 Friday night on the campus of Monrovia High School.

Hernandez completed 17 of 26 passes for 286 yards to go with the four scores.

Monrovia got on the board first going 47 yards on four plays with Hernandez connecting with Cameron Rufus on a 31-yard catch and run for a touchdown.

With 8:31 left in the opening frame the Wildcats got on the board again with Hernandez hitting Zeph Pascasio on a 32-yard strike. Monrovia only needed three plays this time to light the scoreboard.

On the other side of the ball the Wildcat defense kept the Knight offense in check only allowing three first downs in the first half.

Monrovia added two more scores to push the lead to 26-0 with 11:20 remaining in the first half. The scores came on Hernandez’s final touchdown passes of the evening. A 24-yarder to Mario Minor and a 29-yarder to Rudy Flores. 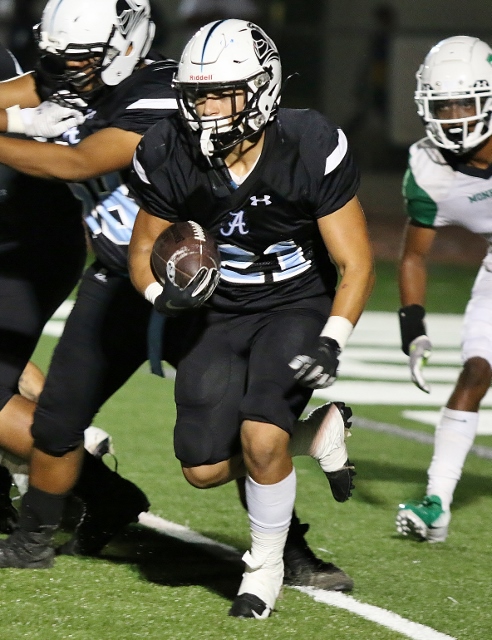 Yards and scores were hard to come by for Calvillo and the Knights.

The Arroyo defense stepped up and shut the Wildcats down offensively for the entire third quarter but could not manage any sustained drives or scores themselves.

In the fourth, Monrovia did manage a lone touchdown on a 7-yard run by Pacasio.

With time winding down in the game the Knights put together a 69-yard scoring drive on the legs of Adrian Calvillo. Arroyo went big and brought in extra linemen up front and plowed their way to the score with Calvillo carrying it to paydirt from 18-yards away. Calvillo finised the night 140-yards on 21 carries and the lone score.

Monrovia will open up league play on the road next week against San Marino while Arroyo will travel south to Moutain View to open Mission Valley League play against the Vikings.

12 Comments to "Wildcat Air Attack Takes Down the Knights"