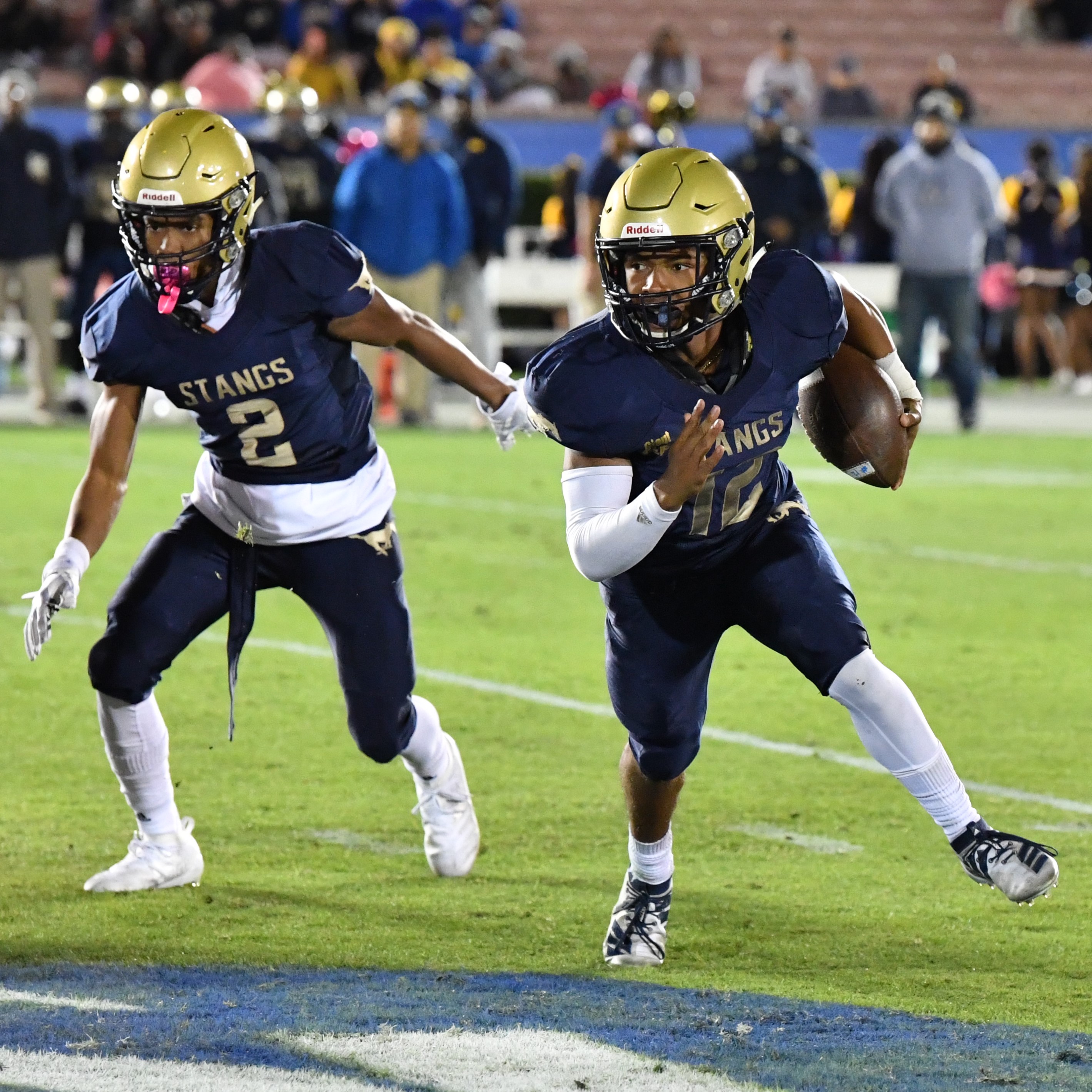 By MVS Staff
(Pasadena) – Muir broke open a close game in the second half and went on to shut out Pasadena 33-0 Thursday night in the annual Turkey Tussle at the Rose Bowl.

Humphrey returned a punt 30 yards for a touchdown in the fourth for the last score of the night.

Muir finished 8-2 overall in the regular season and 5-1 in the Pacific and now gets ready for playoffs. Pasadena dropped to 6-3 overall 3-3 in league. 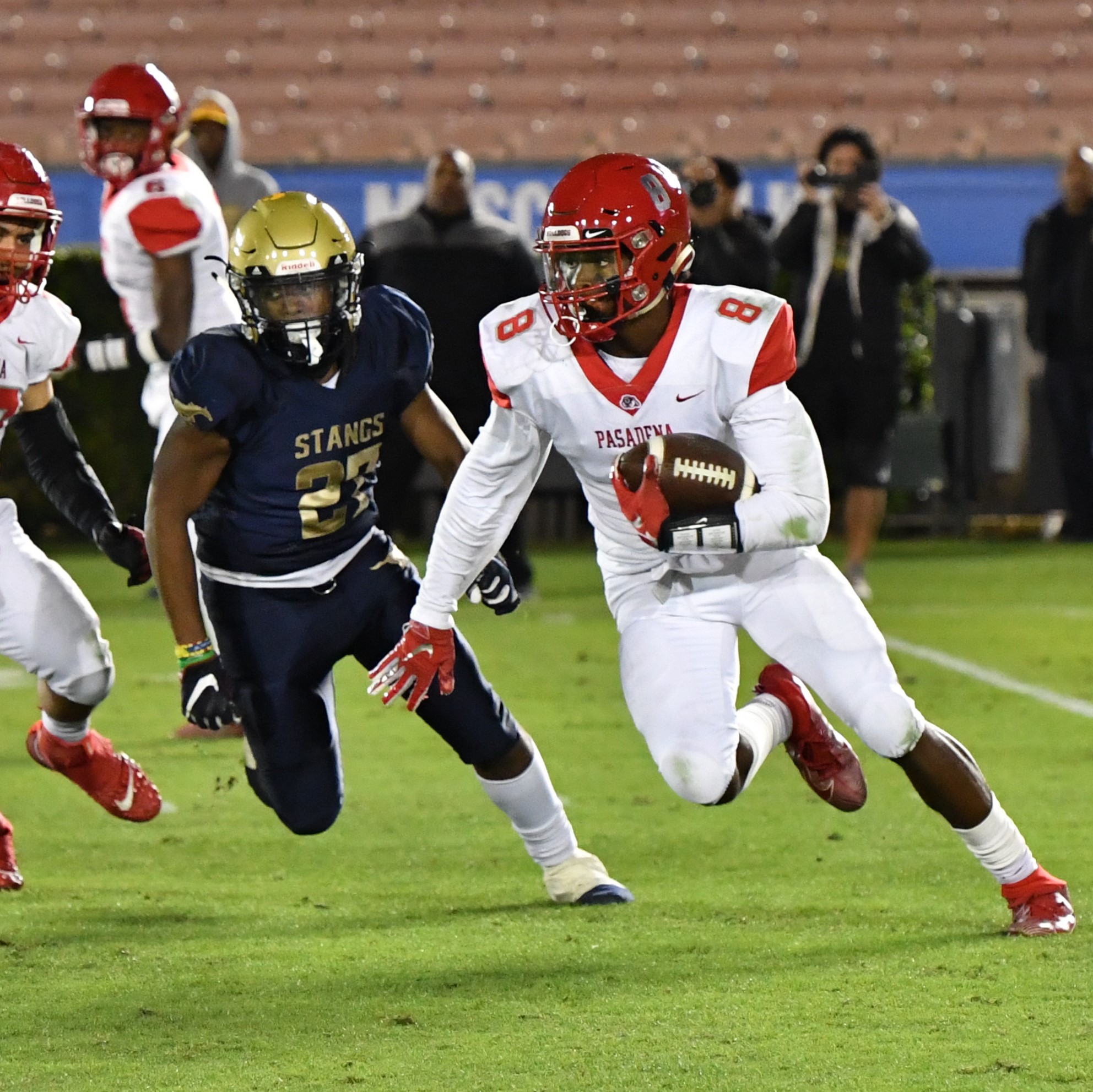 It was a long night for Dante Coronel and Pasadena. (Photo by Doug Brown).