1. The Dodgers Cody Bellinger wins the NL MVP. The Angels Mike Trout is named the AL MVP for the third time.

2. San Marino canceled its two-year contract to play Sierra Vista. The contract was signed before this season started.

4. Zlatan Ibrahimovic and the LA Galaxy have parted ways after two seasons. Ibrahimovic scored 52 goals in 53 games for the Galaxy.

5. The Cleveland Browns beat the Pittsburgh Steelers 21-7 on Thursday night Football. Cleveland’s Myles Garrett gets into a brawl with Pittsburgh quarterback Mason Rudolph late in the fourth quarter, rips off his helmet and hits him in the head with it. Suspensions are expected to be coming from the NFL this week.

6. Quarterback Colin Kaepernick will work out Saturday in Atlanta with 11 NFL teams committed to attend.

7. Carmelo Anthony is set to sign a non guaranteed contract with the Portland Trail Blazers.

10. “To the Galaxy fans – You wanted Zlatan, I gave you Zlatan. You are welcome. The story continues…now go back to watch baseball.” – Zlatan Ibrahimovic via Twitter. 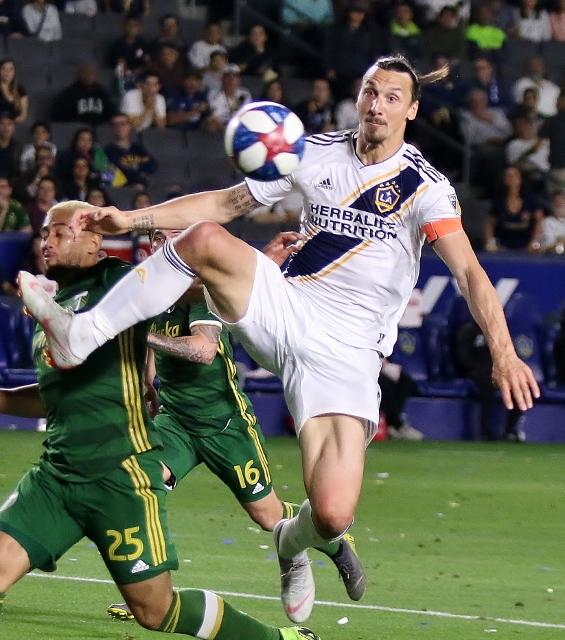 Zlatan Ibrahimovic and the LA Galaxy have parted ways after two seasons. (Photo by Duane Barker).