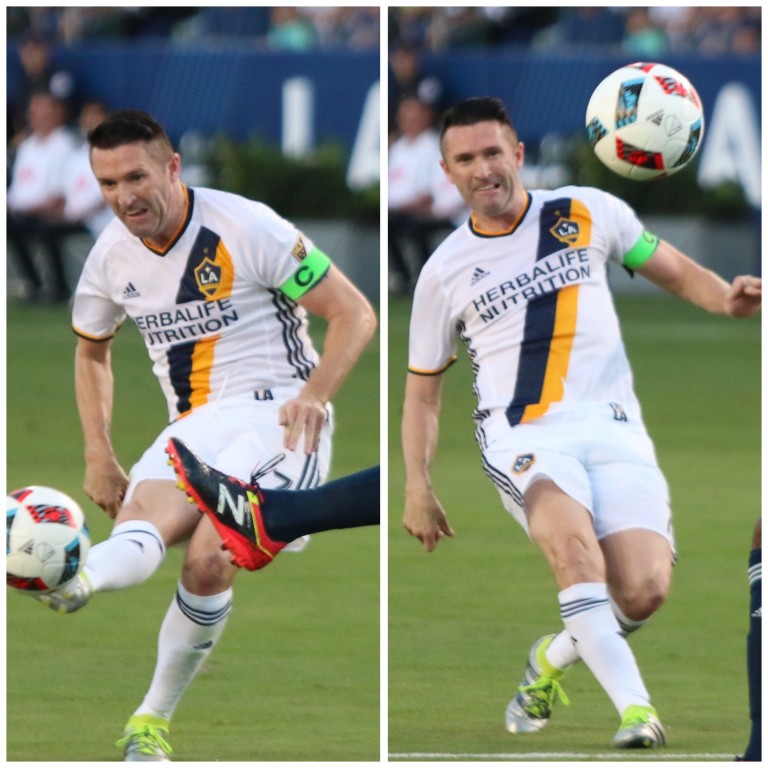 Robbie Keane returned to the lineup and immediately had an impact scoring the game’s first goal!

(Carson) – Robbie Keane scored in the 12th minute and  Jeff “Big Red” Larentowicz added a goal early in the second half to lead the Galaxy to a 2-0 shutout over Vancouver Monday night before a sold out Fourth of July crowd of 27, 167 at Stubhub Center.

The Galaxy almost gave up a goal in the tenth minute when goalkeeper Brian Rowe failed to clear right away and Nicolas Mezquida intercepted for Vancouver and just missed the net wide left. The Galaxy took the lead for good two minutes later when Robbie Keane controlled a pass from Steven Gerrard and then curled one high just over the reach of keeper David Ousted and into the back of the net. 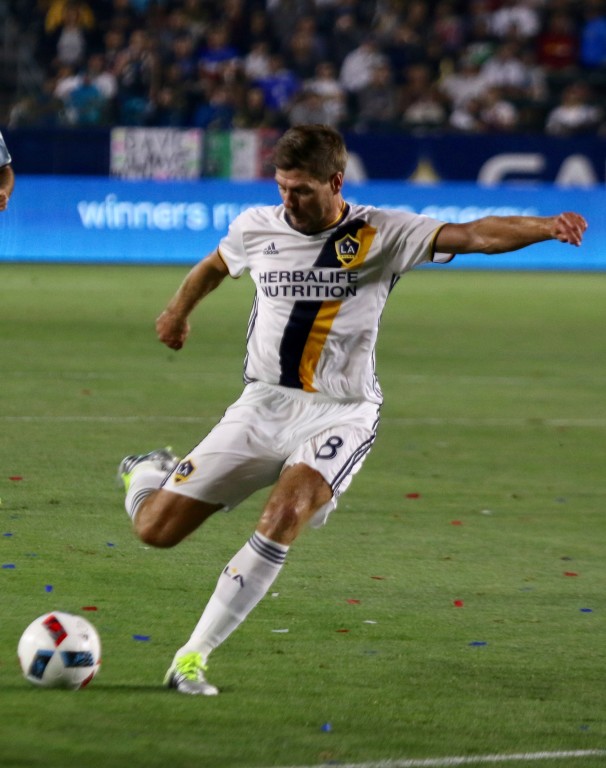 Steven Gerrard with the assist om the Robbie Keane goal!

That was Keane’s first goal for the Galaxy since May 8 and his first game with the team since May 22. Keane and Gyasi Zardes both returned to the pitch after playing for their international teams.

Later in the half, Vancouver threatened in front of the Galaxy net as Erik Hurtado nearly cashed in when he got off a shot that sailed high over the bar in the 31st minute.

Ousted knocked away a Gerrard blast in the 45th minute as the Galaxy maintained the 1-0 lead at the break.

Larentowicz’ goal came just two minutes into the second half as he scored on a header off of a perfectly placed Gerrard corner for a 2-0 LA lead. Rowe and the Galaxy cruised home from there.

Rowe made a big save at the other end for the Galaxy three minutes later.

Nigel de Jong got a red card in the 74th minute for a foul on Blas Perez. While de Jong is exiting a shirtless fan raced out on to the pitch. He eluded security momentarily before finally being tracked down.

Baggio Husidic replaced Keane in the 77th minute who exited to a loud ovation.

Five minutes of extra time were added at the end of regulation but Vancouver couldn’t get anything across despite the man advantage.

Before the extra time another fan ran on the field and was quickly apprehended.

The Galaxy ended a seven game winless streak with the victory as they improved to 6-3-8. The Whitecaps fell to 7-8-3.

Rowe finished with four saves on the night.

“We’re half way into the season now and I’d probably give us a B- on the first half, but we haven’t played our full team the whole year,” said Galaxy Coach Bruce Arena. “Hopefully we can get through the next three or four games and have our team in good form when August comes around. It’s been one of those years.”

Zardes and Keane are still getting back into the groove and Robbie Rogers is still out with an injury. de Jong will miss the next game due to the red card.

Next up for the Galaxy is a trip to Seattle on Saturday to face the Sounders.