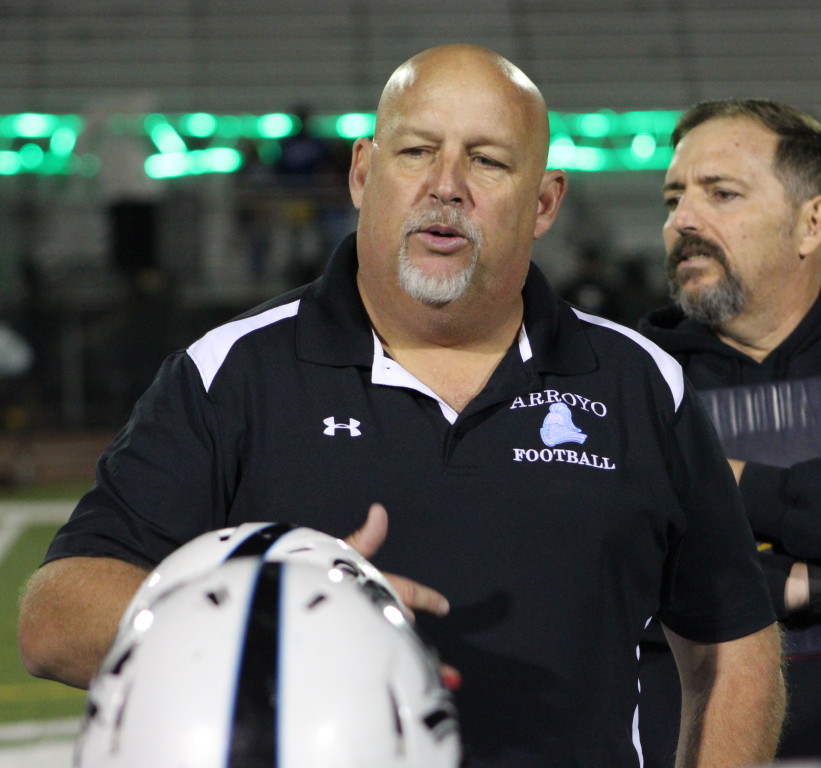 Arroyo won the Mission Valley League title. Ho hum, okay. The Knights seemingly do that every year. But this season they took it to a whole different level.

Jim Singiser, in his 14th year at the helm, not only led Arroyo into the playoffs but all the way to a Division 12 CIF championship and a dramatic 35-34 win over Rancho Mirage. Singiser made the call that led to the celebration going for two in overtime. Ernesto Camacho hit Devin Knight in the corner of the end zone and an out pouring of love spilled out all over B.L. Bergstrom Stadium.

“We were two, three yards away from a CIF title,” Singiser said after the game.

For Singiser it was the culmination of 14 years of hard work, 23 if you count his years as an assistant, that finally resulted in him holding up the hardware for all the San Gabriel Valley to see.

The Knights had to endure several bumps in the road along the way, including an incident mid-way through the season that saw the starting quarterback suspended and paved the way for Camacho to step in and take charge. 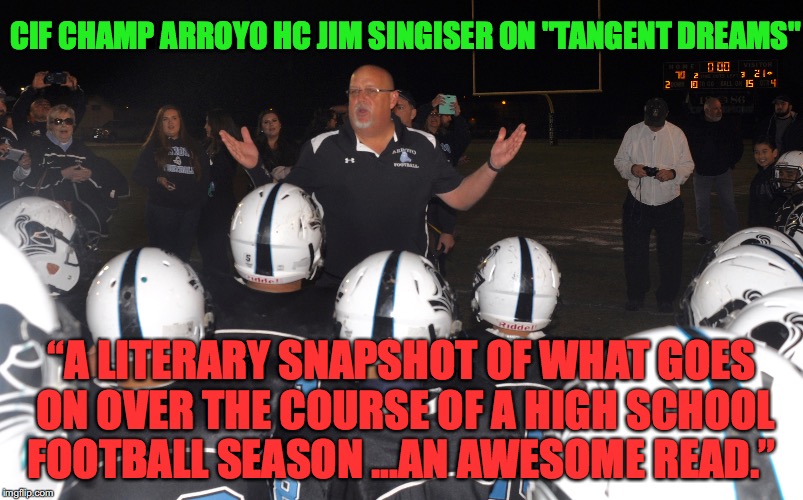 The Knights weren’t going to be denied as they knocked off Verbum Dei, Schurr and Segerstrom before the thrilling championship victory at home. They advanced to the State Bowl game where they came up short to La Jolla Country Day. Nobody among the Arroyo faithful will remember that game however with the vision of a first CIF Championship in 30 years still dancing in their heads.

And leading the dance was none other than Singiser, who after staying at one school for over 20 years, a rarity these days in high school football, was rewarded with a remarkable season that will forever be remembered in Arroyo football history.

Jim Singiser is our Mid Valley Coach of the Year.

*Note: With the CIF realignment in 2016 which put teams all over the map, we limited our coverage area to 50 schools. Our All Mid Valley team will come from those 50 schools. But first, over the next few days we will release our individual awards for 2016.

5 Comments to "Coach of the Year: Jim Singiser – Arroyo"