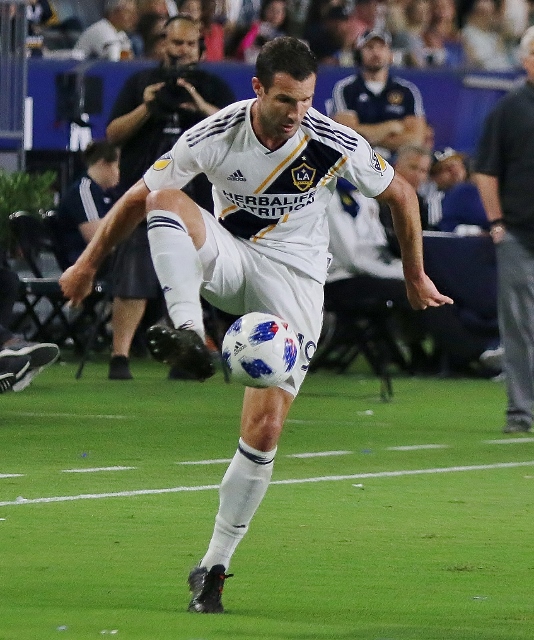 Chris Pontius put the Galaxy up 2-0 in the first half. (Photo by Duane Barker.)

(Carson) – Darren Mattocks goal in the 85th minute erased the Galaxy lead as D.C. United forged a 2-2 tie with LA Wednesday night before a sold out Fourth of July crowd of 25, 462 at StubHub Center.

The Galaxy had a 2-0 lead when Chris Pontius scored in the 25th minute with a line shot by D.C. United goal keeper David Ousted. Zlatan Ibrahimovic put LA up 1-0 in the fifth minute when he booted one in off a perfect cross pass from Dave Romney.

The Galaxy two goal lead didn’t last long however. Two minutes after Pontius scored Zoltan Stieber caught the Galaxy defense napping as he took a pass and went right through the heart of the LA D and punched it by David Bingham to make it 2-1.

The Galaxy had an opportunity for another goal in the 18th minute when Romain Alessandrini hit Ibrahimovic with a nice dish but his kick was wide left.

D.C. United nearly tied it late in the first half when Mattocks got by the Galaxy defense but his shot was wide left and LA took a 2-1 advantage into the break. 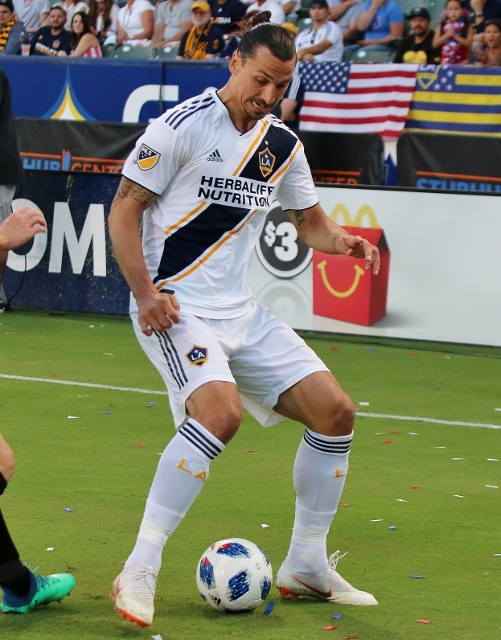 In the second half Alessandrini was clearly tackled when he tried to field a long pass from Ibrahimovic and break away in the 54th minute but there was no call which left Galaxy Coach Sigi Schmid screaming from the bench.

Ibrahimovic got off a shot from distance three minutes later but Ousted made the save. In the 69th minute Ola Kamara replaced Alessandrini.

Over the next ten minutes Baggio Husidic and Ibrahimovic again had chances but were turned away by Ousted. It appeared Kamara had put the Galaxy up 3-1 in the 82nd minute but the goal was nullified by an offsides call on the Galaxy.

Three minutes later Mattocks dribbled through three LA defenders and rifled it by Bingham to knot it.

Three minutes of additional time was added but neither team could come up with the game winner.

It was the second consecutive tie for the Galaxy (6-7-4) coming off of 3-3 draw with San Jose last Saturday night in the Clasico. D.C. United moved to 2-7-5.