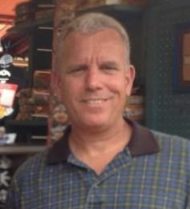 Transfers don’t really bother me anymore. I’ll admit they used to back in the day. It was kind of disheartening to see a kid have a big year at Monrovia one season and then wearing a Cathedral uniform the next.

But I think now I’ve become immune to it. Transfers are happening more now than ever before. A player isn’t happy for one reason or another, whether it’s a perceived slight by a coach, or not enough playing time, and the next thing you now he’s packing his bags. Coaches care to a certain point, but let’s face it, if a kid doesn’t want to be there then why would you want him? CIF doesn’t really care and the penalties are now slim if any at all. And of course for the private schools, it’s a field day at every passing tournament that comes along.

So transfer all you want. The more the merrier. Judging by their comments on the boards Schurr and Montebello fans disagree. They are passionate about the evils of transfers. “Poaching” has become their favorite term. By the way can a player really be “poached”? Ultimately the decision to transfer is the kid’s alone. Last I checked they weren’t being kidnapped and threatened to play for a certain school. I understand the rivalry between the two schools. Everybody wants to win, but the whining about transfers is really getting old. I had to start deleting the comments because they were getting personal or frankly I just got tired of reading them. So going forward comment about transfers at your own risk. They may or may not make the cut.

That being said it was funny to see A.J. Carreon playing quarterback for South El Monte at the El Rancho Tournament and then for Monrovia at the Bonita Air Assault two weeks later. It didn’t bug me but it just kind of highlighted how prevalent transfers are now and how quickly they happen. What was really ironic was that Carreon started at Monrovia and then transferred to South last year. Now he’s back in M-Town. Passing tournaments aren’t CIF sanctioned so there is nothing they can look into. South El Monte head coach Frank Gallardo confirmed that Carreon had indeed left the school for Monrovia. Stay tuned…

Nice to see that Covina quarterback Nin Burns II is staying put. Rumors had him going everywhere from South Hills to Charter Oak to the LA Chargers. Well maybe the Chargers were a longshot.

The SGV Shootout at Arroyo is scheduled for this Saturday. It’s the last big passing event of the summer, especially with the season kicking off August 16 this year. Monrovia and South El Monte are in the same pool…that should be interesting. Who’s the favorite? I’ll take Arcadia. I heard they have a lot of transfers.

If you do plan on attending the Shootout you might want to bring some water and throw on your favorite hat. It’s supposed to be 107 degrees…in the shade.

The next time there’s a linemen competition can we just stay with the SGV schools and leave Upland at home? There’s something in the water out there. Those guys are from a different planet.

I liked what Magic Johnson did in getting LeBron James but how did he miss on Boogie Cousins? The word is he’s a cancer in the locker room and nobody wants to play with him. But at 5 million bucks and one year, who cares? If he doesn’t work out then don’t re-sign him. No harm done. The Lakers need a center. JaVale McGee is more famous for starring on “Shaqtin a fool” than for what he does on the court. Plus if LeBron told Cousins to shut up and play I think he would shut up and play. Let’s hope Magic has the Spurs GM R.C. Buford on speed dial in an attempt to land Kawhi Leonard.