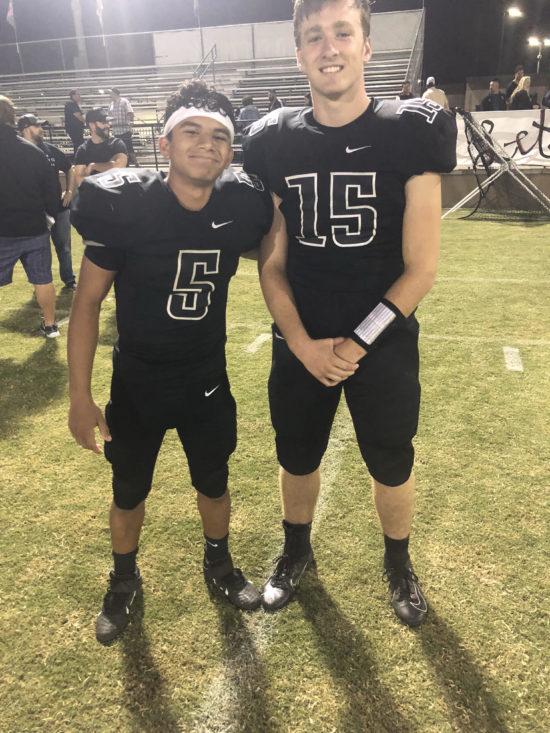 The Kares run heavy offense pounded down the field on their first drive and Alex Esquiaqui capped it off with a seven yard run up the middle.

Rio Hondo Prep kept it on the ground and Guerrero broke loose for a 68-yard scamper to paydirt making it 14-0 early in the second quarter.

Quarterback Jack Van Cleve got in on the scoring when he dove in from the one yard line making the score 21-0 going into the half.

On the Kares first drive of the second half Guerrero again broke free this time from 67-yards putting them up 28-0.

Guerrero wasn’t done as he found the end zone for a third time this one on a 50-yard sprint to the house making it 42-0 and starting the running clock.

Arroyo quarterback Andrew Enriquez went 5 of 16 for 51 yards throwing four interceptions. Adrian Calvillo was the workhorse for the Knights getting 18-carries for 88 hard earned yards.

The Knights has a chance to score in the third on a first and goal from the seven yard line, but got stopped on four straight runs.

Ortega, Christian Orozco, Nathan Olivas and Calvin Johnson each had a interception for the Kares.

Arroyo (2-2) travels to Monrovia and Rio Hondo Prep (4-0) will take a week off and then host Big Bear.