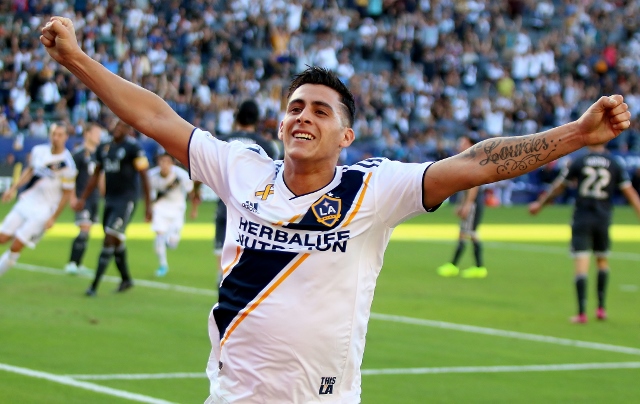 (Carson) – It appeared the Galaxy was headed for a tie but Michaell Chirinos got free in stoppage time and scored the game winner to give Vancouver a surprising 4-3 win over LA Sunday at Dignity Health Sports Park.

Chris Pontius scored for the Galaxy in the 86th minute to tie it at three. But the Galaxy, who seemed to be playing catch-up the entire a match, were unable to hold the lead in the stoppage time period.

Vancouver got on the board first in the 20th minute when Doniel Henry scored right in front of the net. The play was reviewed as it looked like Henry may have hit the ball with his hand but the goal was allowed.

The Galaxy got even three minutes later when Zlatan Ibrahimovic scored his 29th goal of the year as he booted one in off a nice pass from Christian Pavon.

Uriel Antuna had a chance early for LA but he was wide left in the 4th minute. Ibrahimovic almost scored in the 15th minute but Vancouver goalkeeper Maxine Crepeau made the save. 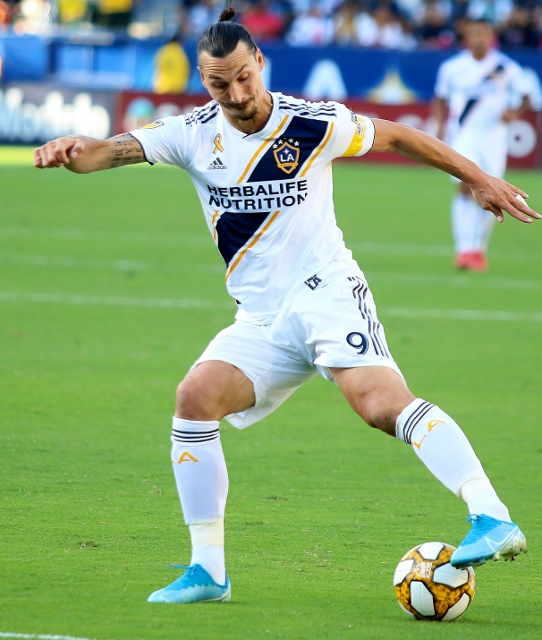 Zlatan Ibrahimovic scored the first Galaxy goal in the first half. (Photo by Duane Barker).

In the 26th minute a drive by the Galaxy’s Efrain Alvarez was secured for the save by Crepeau.

Theo Bair gave the Whitecaps a 2-1 lead n the 41st minute when he slipped one by Galaxy goalkeeper Matt Lampson. It appeared Vancouver was offside on the goal but there was no call.

Two minutes of additional time were added in the first half but the Vancouver maintained the 2-1 advantage heading into the break.

In the second half Erik Godoy had a shot for Vancouver but Lampson fell on it before it entered the net. One minute later the Galaxy nearly tied it but the ball was knocked away right in front of the box.

The Galaxy got even in the 58th minute as Antuna on the run chipped one over the head of Crepeau, who was coming out of the box, and into the net.

But the Whitecaps answered six minutes later when Tosaint Ricketts got a nice dish from Godoy and made it pay off with a goal for a 3-2 lead.

Pontius’ late goal knotted it and it looked the Galaxy was on the verge of earning at least one point. But that all went away when Chirinos found the net in extra time.

The loss was costly of the Galaxy. With a win they could have secured a home game in the first round of the playoffs. Instead LA (16-14-3) dropped to fourth place in the Western Conference with one game remaining. The Galaxy finishes the regular season next week in Houston against the Dynamo. Only after that game will their playoff opponent and site be determined.

Vancouver improved to 8-15-10 as they are looking forward to next year.