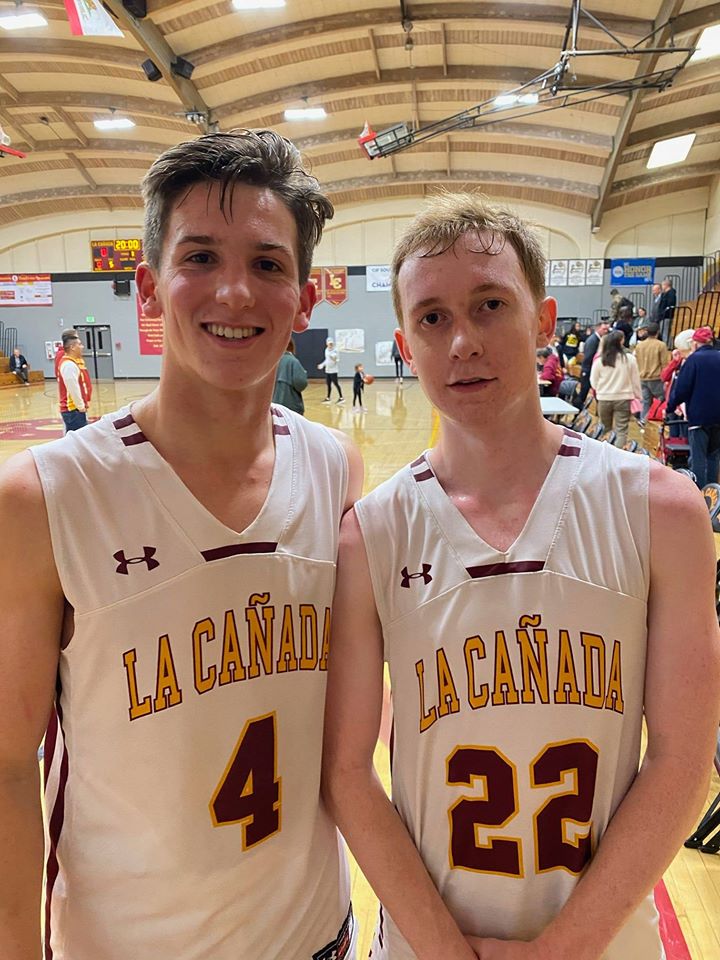 The High School Football season has come and gone but remember when we had High School Basketball also? Yeah, that was really cool. Alex “Gonzo” Gonzalez was in La Canada last year at this time as our “One Year Ago” series continues. Gonzo saw the Spartans remain perfect in the Rio Hondo with a win over Temple City on January 22, 2020.

“It feels good. We still have five more games though to secure a league championship,” said Brown after the game. “We are still working on it everyday, trying to involve our teammates and win and move on,” Grande added.

With both teams looking to stay undefeated in Rio Hando play, one side had to establish who wanted to remain perfect more. For the Spartans, they determined that right from tip-off.

While controlling the pace of play on offense and applying suffocating defense on the other side, La Canada was able to take a 24-15 lead after the first eight minutes of the game. The second quarter was the same as the first for LC, who was able to build a 17-point lead three minutes into the second quarter.

“We had a lot of confidence today, our coaches are always pushing us hard in practice,” said Grande. “We went over a lot of their stuff and tried to limit their three-point shots and worked on talking a lot more on defense.”

Even though Brown and Grande score the majority of the points, the two also dished the ball out only to have Nathan Snow or Kevin Kriste knock down an open three.

The Rams, however, did stop the bleeding before the half. Brandon Torimaru and Tag Falk led the way for the Rams thanks to their three-point shooting and steals. The two were able to cut the Spartans lead down to nine just before intermission.

That momentum continued as the second half unfolded. Torimaru’s back-to-back steals that lead to buckets helped the Rams come within five of La Canada in the opening minutes of the third. But that was the closest they came for the rest of the night. The Spartans did answer back, thanks to Grande’s back-to-back threes, giving his team a 56-48 edge as the third quarter ended.

As the fourth quarter played out, Temple City went with a full-court press to generate turnovers, but that was quickly broken up by Brown, who scored 11 of his 30 points in the final frame.

With the win, La Canada will look to stay perfect in the Rio Hando when they travel to San Marino Friday night. For the Rams, they will try to bounce back when they go to Monrovia and face the Wildcats.