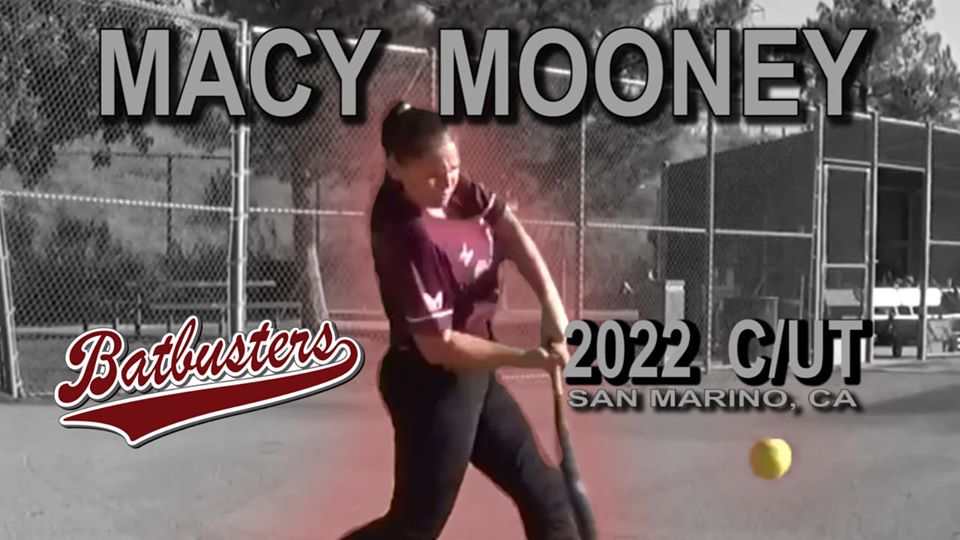 Macy Mooney is off to a red hot start for San Marino.

By Tim Peterson
(San Marino) – Macy Mooney, who caught every game for San Marino last year as a freshman, is off to a red hot start in her sophomore campaign.

In her first four games Mooney, the daughter of former Temple City/ San Marino head football coach Mike Mooney, is batting .545 with 1 home run, 7 RBI, 1 sacrifice fly, 1 walk, reached base after being hit by a pitch, and for good measure has stolen 3 bases for the Titans who have started off the season 1-3.

Last year Mooney hit a solid .302 with 11 RBI and was named team defensive MVP and now has come out of the gate like gangbusters this year.

“She worked so hard to make this jump,” Mike Mooney said.

Next up for Mooney and San Marino is a battle with Mayfield on Saturday before facing Alhambra on Monday.

2 Comments to "San Marino’s Mooney Off to Hot Start"