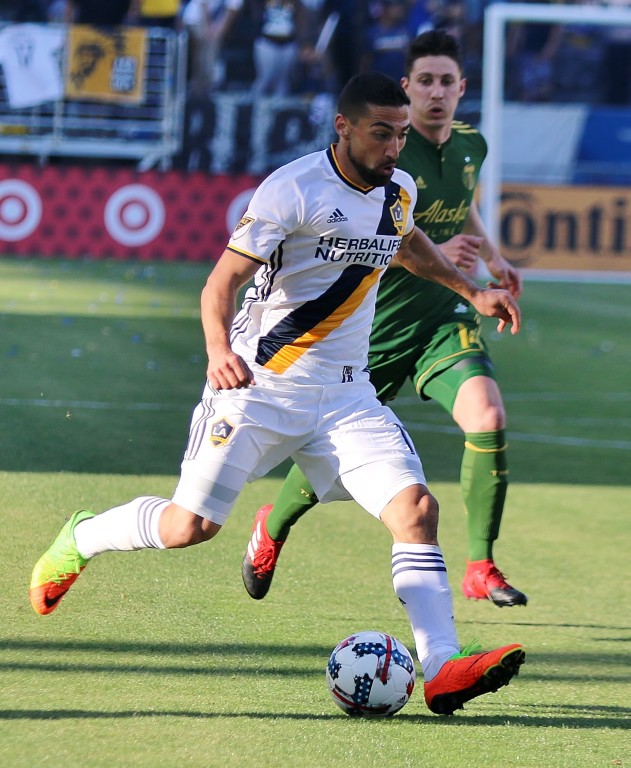 Sebastian Lletget was all over the field for the Galaxy in the loss to Portland. (Photo by Duane Barker)

(Carson) – The Galaxy allowed a goal in the eighth minute and Portland made it stand up the rest of the way in a 1-0 win over LA Sunday before 20, 982 at StubHub Center.

Portland scored the lone goal of the game as Diego Valeri dished it to a wide open Diego Chara who punched it into the net in the eighth minute. Valeri drew in Galaxy defender Nathan Smith who was caught in a two on one allowing for the easy goal by Chara.

Clement Diop, who started in goal for LA for Brian Rowe on a coach’s decision, had no chance. Darlington Nagbe was issued a yellow card for knocking down Rafael Garcia in the 24th minute. Jelle Van Damme and Fanendo Adi exchanged pleasantries after the incident. 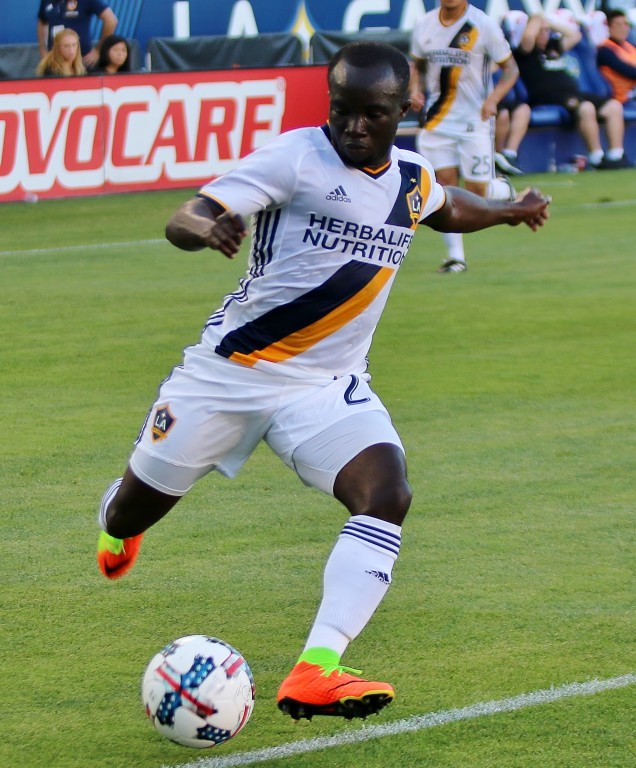 Ema Boateng came on in the second half and tried to provide a spark. (Photo by Duane Barker)

Van Damme was issued a yellow card for contact with Chara in the 31st minute. Three minutes later he was ejected with a second yellow as he was called for knocking down David Guzman and the Galaxy had to play with 10 men the rest of the contest. Bradley Diallo replaced Baggio Huisdic after Van Damme was kicked out.

Four minutes of additional time were added to the first half but the Timbers took the 1-0 lead into the break.

In the first half the Galaxy had four total shots to just two for Portland. 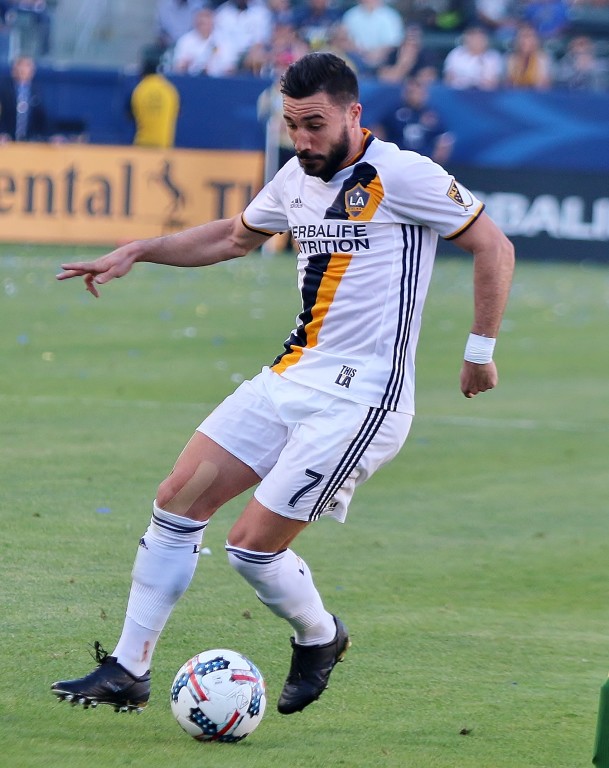 The Galaxy got another inspired effort from Romain Allesandrini. (Photo by Duane Barker

In the 60th minute Sebastian Blanco launched a chip shot from left side that Diop went up for and pulled down.

Portland had another opportunity in the 70th minute but Diop made the save on a shot by Valeri and then cleared it.

In the 71st minute Jake Gleeson came up big for Portland stopping a Galaxy blast.

One minute later Adi, on a break away, got by the LA defense but just when it appeared he could score, Garcia, who had tripped on the play, recovered to challenge Adi and stop the threat.

Three minutes of additional time were added to the second half. Gleeson made another great save in stoppage time and the Timbers went on to the victory.

“We dug ourselves a hole regardless if the referee made a bad judgment or not,” said Galaxy head coach Curt Onalfo on the Van Damme call. “We can’t put ourselves in that situation. We’re at home and we need points and I’m not sure what minute it was, the 32nd minute, we’re playing with ten men.”

The Galaxy played without Ashley Cole, Gyasi Zardes and Robbie Rogers who are out with injuries. Cole and Zardes could play as early as next week while Rogers is expected to be out for an extended period. Midfielder Jermaine Jones and defender Dave Romney also missed the game after being suspended for one game by MLS. Jones was disciplined or a foul committed last week against FC Dallas while Romney was found guilty of embellishment also in the game versus Dallas.

The Galaxy fell to 0-2 on the year with the loss.