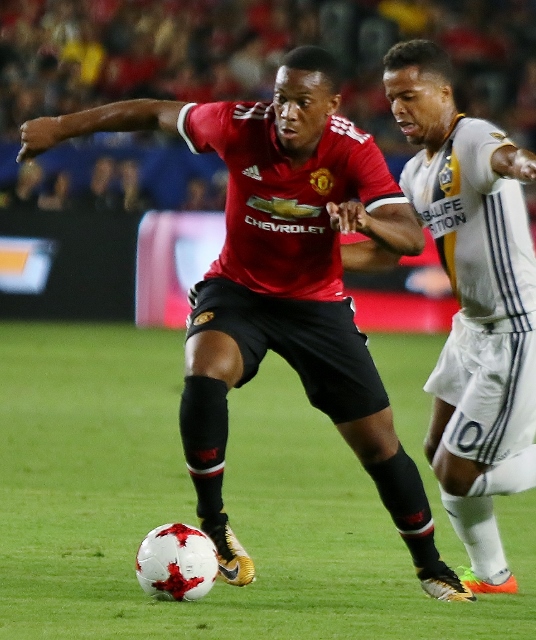 Anthony Martial and Man U ran by Gio dos Santos and the Galaxy.

(Carson) – Manchester United jumped out to a 5-0 lead and coasted to a 5-2 victory over the Galaxy Saturday night before a packed house of 25,667 at StubHub Center.

In the 20th minute it was Rashford again finding the net off of a nifty pass and beating Kempin for a 2-0 advantage. Six minutes later Marouane Fellaini got behind the LA defense for a score for the three goal advantage. The Galaxy was unable to get anything across on Manchester keeper David De Gea. 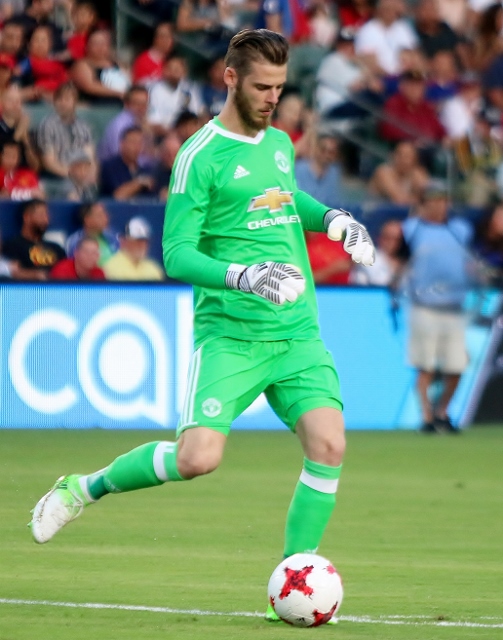 Onalfo made wholesale changes in the second half bringing in Giovani dos Santos, Jelle Van Damme, Romain Alessandrini and Emmanuel Boateng among others but it didn’t slow down Manchester United who fielded a new team as well.

In the 67th minute Henrikh Mkhitaryan beat Brian Rowe who had replaced Kempin in goal. Just five minutes later Manchester cashed in its fifth and final tally when Anthony Martial escaped the Galaxy D and banged it in.

The Galaxy finally broke through in the 79th minute when dos Santos scored. He got his second of the night in the 88th minute as a header by Dave Romney struck dos Santos and sailed into the net.

The Galaxy (6-8-4) will get back to MLS play Wednesday night when they host Vancouver at StubHub. Meanwhile Manchester United continues to prepare for their season which begins in August.