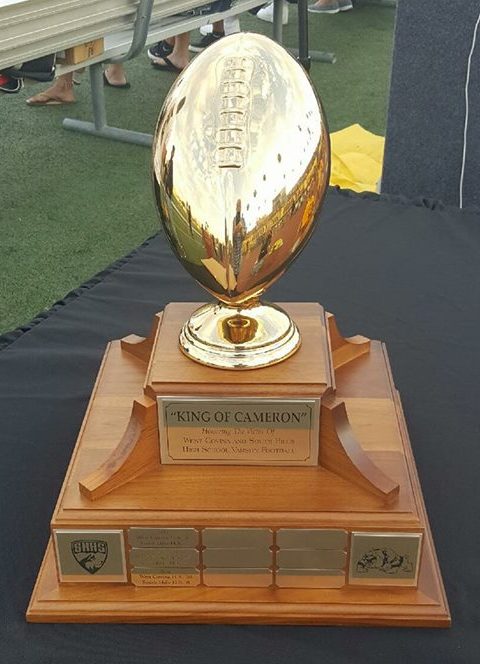 The evening started off on a solemn note, as West Covina paid tribute to Lance Corporal Ruben Velasco. Velasco, who graduated from West Covina in 2016, was killed in a plane crash, while serving in the United States Marine Corp. The tribute included the school’s presentation of Velasco’s #28 jersey to his family. The tribute also included the presentation of colors by a uniformed Color Guard, as well as a moment of silence. Semper Fi, Marine…and thank you for your service.

SB Joseph Ruelas on a 33 yard touchdown completion, and running back Zion Naulls for a 66 yard score. Stearns also contributed on the ground…rushing for 68 yards and two touchdowns. The balance of the evening’s scoring was provided by Naulls, who scored on a 56 yard run, and by relief quarterback Khalil Ali, who connected with Christian Miller for the game’s final score.

South Hills next game is scheduled for September 22 when the Huskies will travel to Charter Oak High School to play the Chargers. West Covina’s next contest is Friday night as the Bulldogs travel to Schurr to battle the Spartans. Kickoff time for both of these contests is 7:00PM.

10 Comments to "South Hills is Coronated King of Cameron"