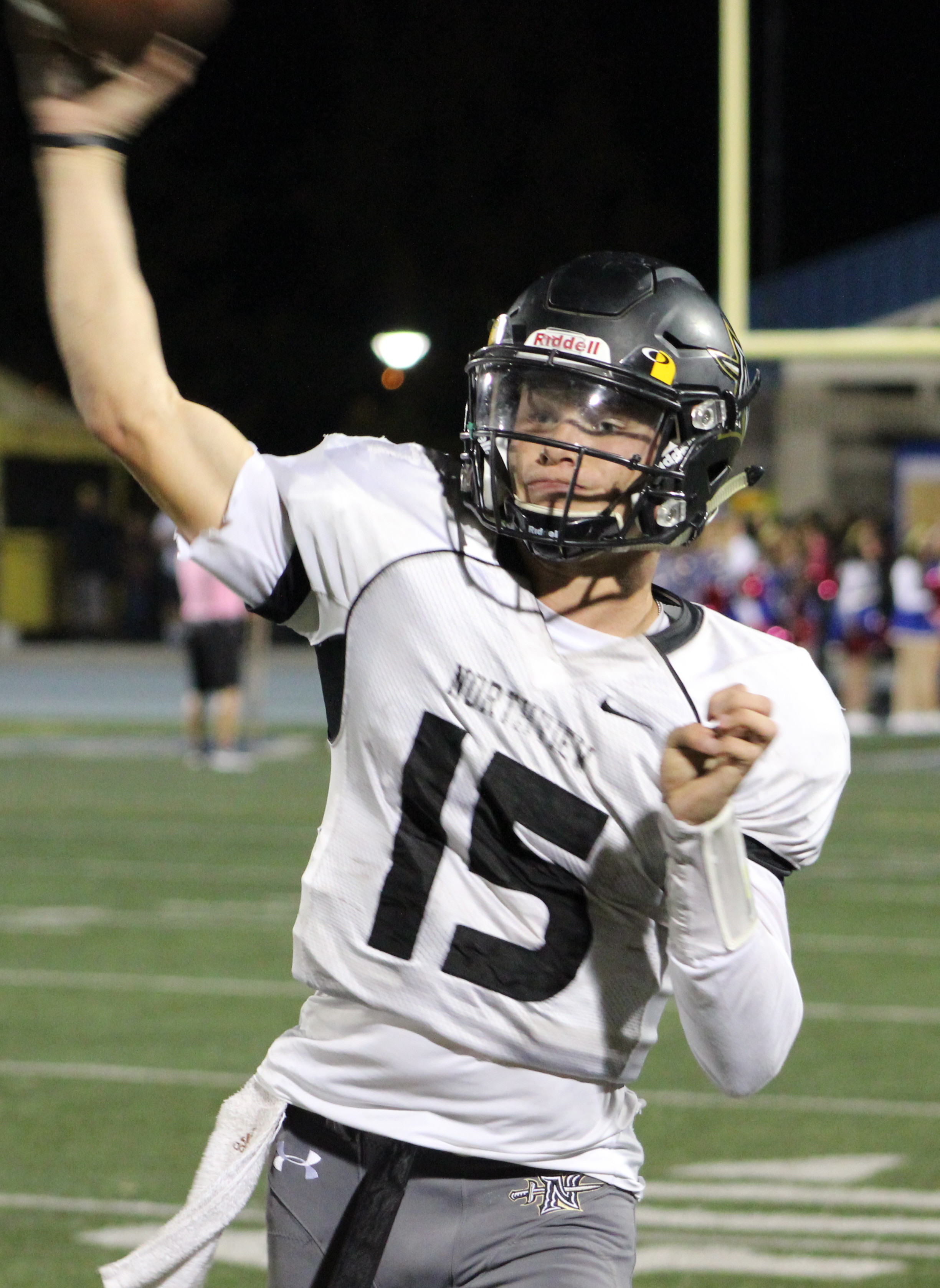 Northview’s Steven Comstock threw 28 touchdown passes and rushed for 12 more. On the season he completed 138 of 242 passes for 2,720 yards with just 8 interceptions.

Comstock gave defensive coordinators fits with his versatility. He came within a scramble of 1000 yards, rushing for 991 overall. The Vikings as a team scored 56 touchdowns on the year with Comstock accounting for 40 of them. Let me run by that by you again. There were just 16 touchdowns scored by Northview that Comstock wasn’t a part of either by running or passing.

Comstock led the Vikings to a share of the Valle Vista League title and into the first round of the playoffs this past season to cap off an extraordinary career at Northview in which he was a four-year starter.

For all of his success, Comstock earned a scholarship to continue to his football career at Fresno State. He also earned our 2017 Mid Valley Sports Most Valuable Player.