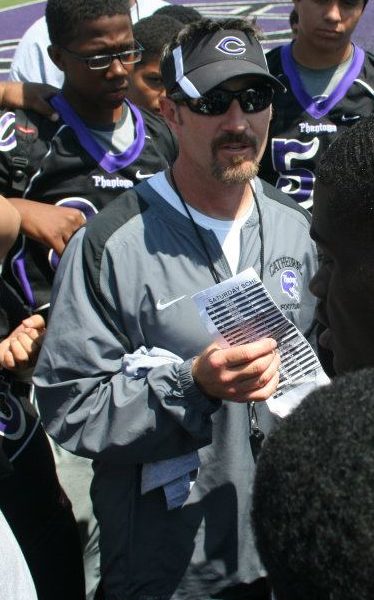 Kevin Pearson is the new head coach at Warren.

Pearson is looking forward to the new opportunity.

“It was obvious to me through the entire hiring process that their students are very important to them. Although they are very determined and dedicated to providing a great athletic experience in terms of facilities, equipment and coaching for their students, what’s of more importance is the educational experience and the overall school culture that produces successful young adults. And that excites me tremendously,” Pearson said. “Relationships are most important to me and the impact that I and our staff can have on these young people is much more important for these young men’s lives than wins and losses. The reality of it is that coaches don’t know how successful they are until, 5, 10, 20, 30 years down the road.”

Pearson replaces Raul Lara at Warren who stepped down after five years. The Bears went 8-4 overall last year and fell in the second round of the CIF Division 7 Playoffs to Northview.