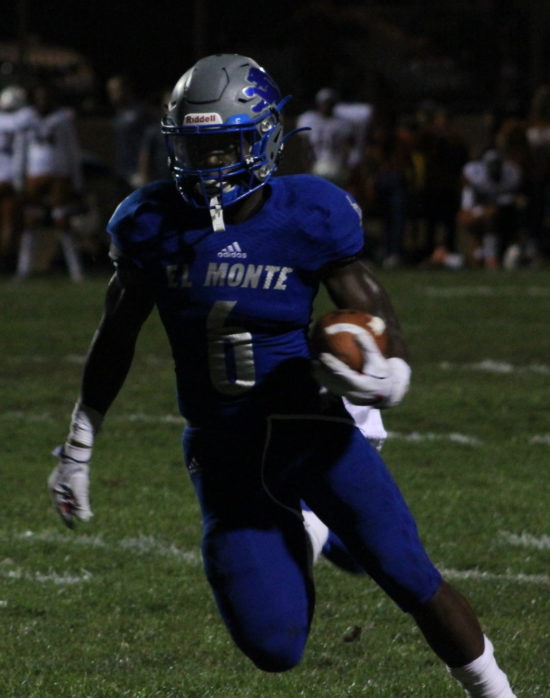 Davon Booth ran for two touchdowns and caught another for the victorious Lions.

Booth was a majority of the Lions offense as he also caught three passes for 82 yards and a score.

El Monte got off to a slow start before turning it on in the second half. Booth scored on a 72-yard touchdown run on the Lions second series to take a 6-0 lead. However Booth also fumbled twice including once as he was heading into the end zone late in the second quarter leaving El Monte up by six at the half.

Orange Vista tied it on its first possession of the third quarter when Elijah Robinson hit a wide open Randy Wilkins on a 37-yard touchdown pass. Like El Monte, the extra point failed and it was tied at six. An El Monte defensive lineman got a hand on it.

From that point on it was all Lions. Abel Cueva got loose for a 41-yard touchdown run on the ensuing possession and Booth scored on a run for the two point conversion.

The Coyotes immediately turned the ball over on the next series on a trick play that fooled nobody. El Monte recovered the fumble and took over at the Orange Vista 10. Four plays later Booth got his second of the night on a two-yard and then found the end zone again on a run for the two point conversion and it was 22-6.

In he fourth quarter after El Monte took advantage of another Orange Vista miscue. Joseph Herrera went to the air and connected with Booth in the end zone for a 25-yard touchdown strike with 7:11 left. 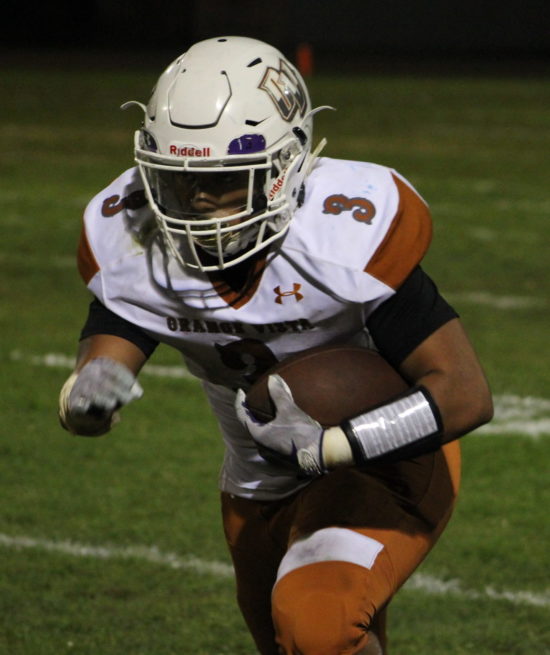 After short Orange Vista punt Cueva capped a four play, 44-yard drive with a five-yard run to account for the final tally.

Cueva had 12 carries for 70 yards to add to the running attack and he also threw a pass on a gadget play to Booth for 50 yards. For Orange Vista Elijah Banks had 30 carries for 161 yards but he was the bulk of the offense.

“I’m really proud of our guys and they way they played,” said El Monte head coach Jesse Ceniceros. “For us to beat them 35-6 tonight I’m really happy about that. The one thing I told them is don’t go around them but go right at them, and we did that tonight.”