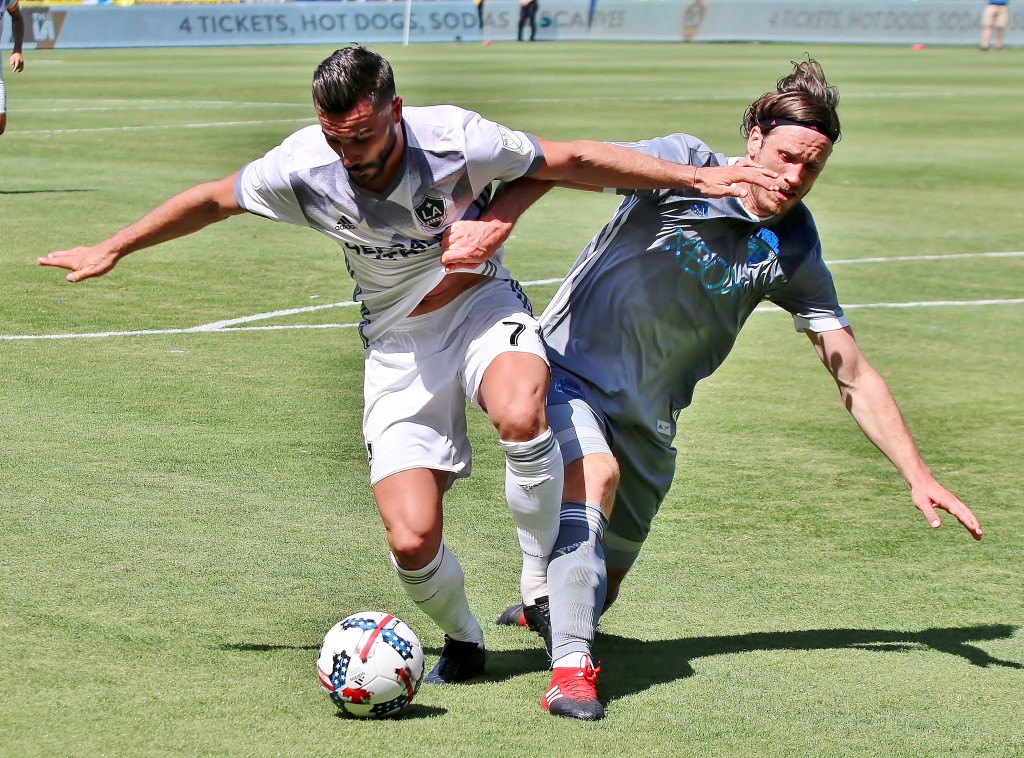 Romain Alessandrini and the Galaxy couldn’t get past the Sounder defense. (Photo by Duane Barker)

(Carson) – The Seattle Sounders dominated early as they raced out to a three goal lead in the first half and never looked back in a 3-0 win over the Galaxy Sunday before 24,931 at StubHub Center.

“It was a dismal, terrible first half, better second half, but not good enough,” said Galaxy coach Curt Onalfo.

Gyasi Zardes was able to get free off of a nice dish by Giovani dos Santos in the fourth minute but his shot sailed wide right. In the 10th minute Jordan Morris fired a shot on the left flank but the Galaxy’s Brian Rowe was there for the stop.

In the 21st minute Seattle’s Clint Dempsey had a golden chance but he was wide left. Dempsey broke through eight minutes later when he scored on a header off of a nicely placed cross by Nicolas Lodeiro. The ball was just over the outstretched hands of Rowe. In the 35th minute Seattle struck again as a cross pass by Joevin Jones was deflected by Rowe and into the net by Ashley Cole for an own goal. 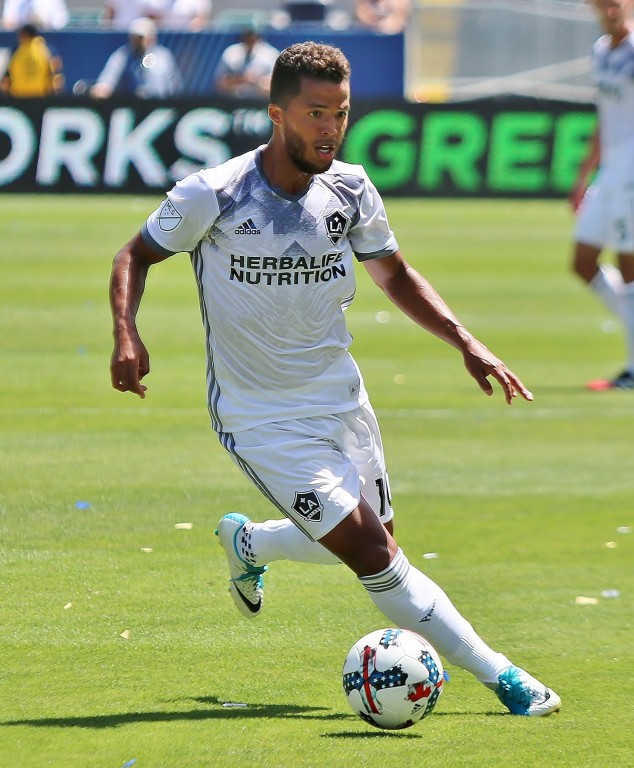 No magic from Giovani dos Santos in the loss to Seattle. (Photo by Duane Barker)

In the 44th Morris took a pass in stride from Jordy Delem and rammed it into the corner for a 3-0 Sounders lead at the break.

“We actually started gaining momentum but then we got scored on the third goal on the counter. If we didn’t give that goal away I think everything would have changed,” Onalfo said.

It was complete domination for Seattle in the first half as the Sounders had 11 total shots compared to one for the Galaxy.

In the second half dos Santos nearly converted when he had a shot off of a rebound attempt in the 51st minute but it was wide.

Dempsey nearly put the Sounders up four goals when he booted one just high as it hit the crossbar in the 59th minute.

Jermaine Jones had an opportunity in the 77th minute but his header just outside the box went wide left.

Two minutes of additional time were added but the Galaxy couldn’t get anything across.

With the loss the Galaxy dropped to 2-5 on the year. The Sounders improved to 2-2-3.